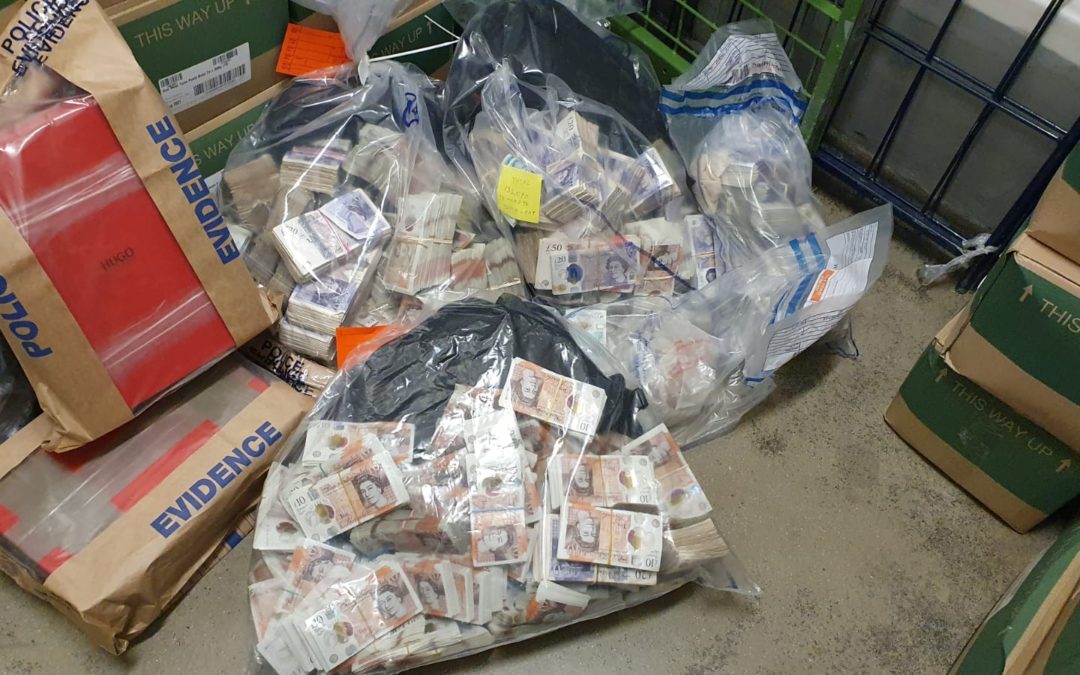 The huge haul came after officers stopped and searched a suspect in Muswell Hill, London on Tuesday 26th May.

The 31-year old suspect, presumably riding suspiciously or riding a stolen scooter, was found to have £12,000 cash on him, which he couldn’t explain.

He has been arrested under the Proceeds of Crime Act (POCA) and taken to a police station in northwest London.

VIT officials then carried out a search of the suspect’s home in Haringey.

Inside they discovered what is estimated to be about £ 1 million in cash concealed in boxes and bags of clothing. They noticed a variety of passports, as well.

The suspect remains in police custody at this time.