Home » Ship's Log » Around The World Bike Stolen in the UK

Around The World Bike Stolen in the UK 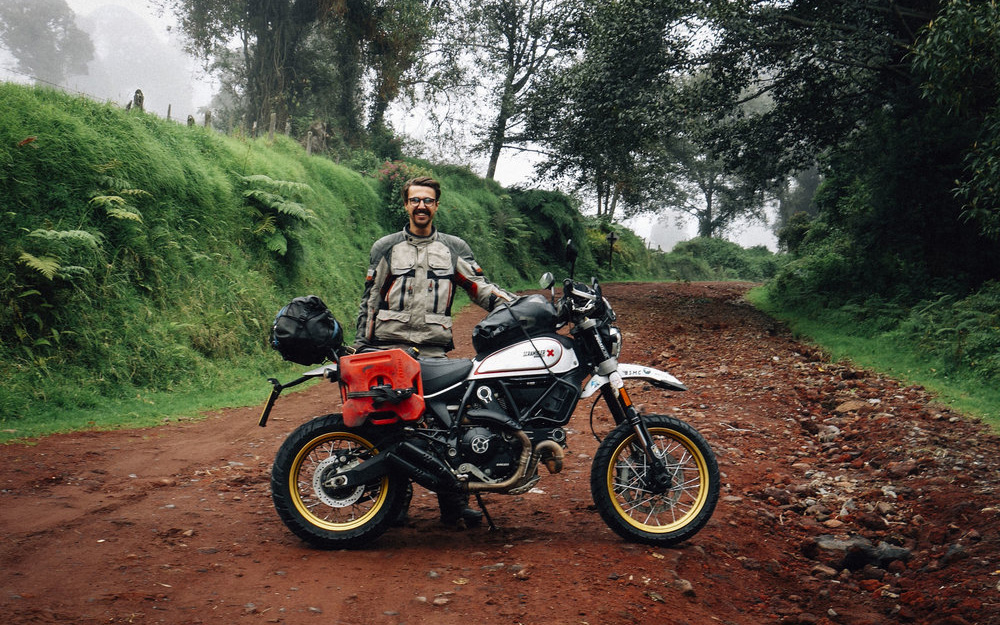 The youngest person to ride around the world on a motorcycle has had his bike stolen following his arrival back to the UK.

Henry Crew, 23, from Petersfield, travelled around the world on a Ducati Scrambler Desert Sled, covering over 55,000 miles and setting a Guinness World Record in the process.

Crew had his bike stolen from his parent’s house in Petersfield, Hampshire, on the 19th of August. You can see his stolen motorcycle listing here on Bikers United.

Crew was awarded the record when he finished his ride in April. He travelled 381 days and 55,000+ miles on the white Ducati Desert Sled, raising more than £10,000 for the Movember Foundation charity along the way. He beat the previous record-holder who was 24 at the time. Now one of the most important mementoes of his experience, his bike, has been taken.

Crew says that the bike has a cracked exhaust plate, stickers, scratches, red fuel cans or black winding roads plates on the side. It’s pretty unique and sentimental to me.

Motorcycle crime is rife in the UK as the police have failed over the past decade to tackle it. It’s ironic that you can travel around the world on a motorcycle, through third-world countries and supposedly dangerous locations and hardly ever lock it, only for it to be stolen back here in the UK from outside of your house.