Home » Scumwatch » Using your horse to steal a motorcycle

Using your horse to steal a motorcycle 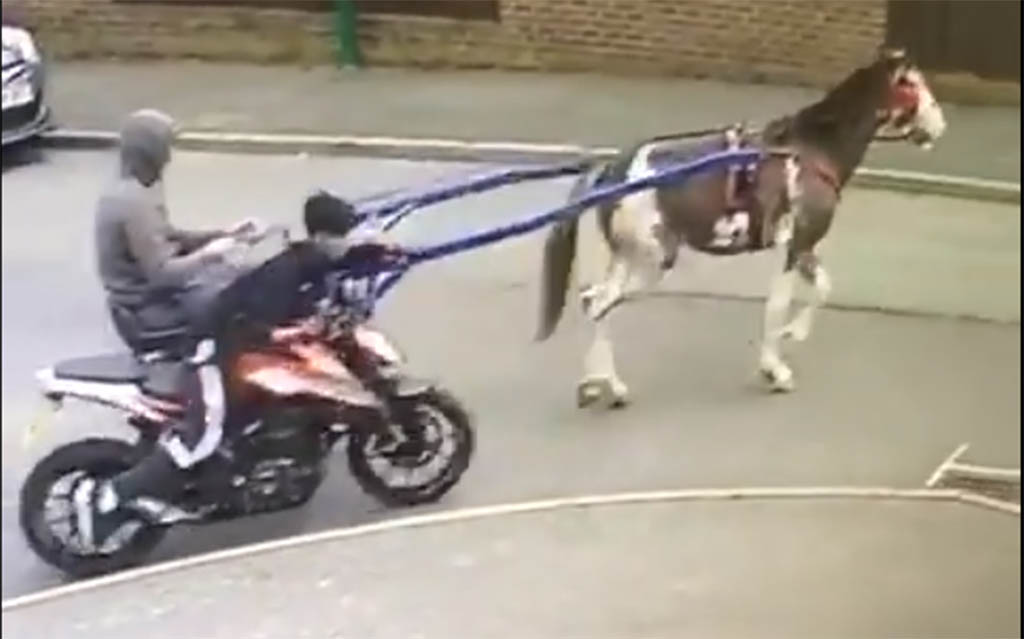 We’ve seen a lot of weird motorbike thefts here on Bikers United but this one tops them all.

This KTM Duke 125 was stolen in Dartford today. Following the spur of the moment theft, the thieves made off with the bike, using one-horse power.

The theft, captured on CCTV shows two gypsies making off with the KTM, having snapped the steering lock. The bike’s reg is GC19FMK.

It’s reported that the owner has visited the local gypsy site where he’s seen the horse which was captured in the CCTV footage. As yet, no sightings of the bike.

However, clearly Kent leads the way for horse-drawn motorcycle theft.