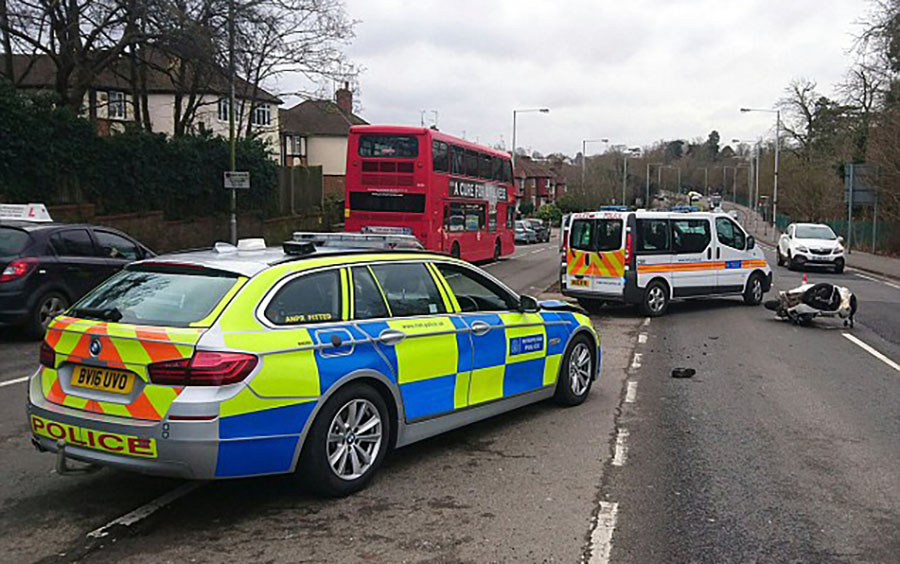 MOPED enabled crime has halved in London since the police have started using tactical contact to knock suspects from scooters, mopeds and motorbikes.

‘Moped enabled crime’ which is the phrase used for anyone using a motorcycle or scooter to carry out thefts, such as stealing mobile phones or watches from members of the public has dropped in London from 20,973, between June 2017 and July 2018, to just 9,723 in the 12 months leading up to June 2019, a 53.7% reduction. However, this still equates to over 25 victims a day.

Motorcycle thefts have also decreased in the capital over the past 12 months according to the Metropolitan Police. From July 2017 to June 2018 there were 11,395 bike thefts. However, over the past 12 months, this has decreased by 22.4 percent, to 8,847 thefts of motorcycles, scooters or mopeds between July 2018 and June 2019. This equates to over 24 bikes reported stolen in the capital every day.

Tactical contact isn’t exclusive to London, with the police in other areas of the country such as Leeds, Manchester and Coventry also using contact to catch moped criminals. However most other forces in the UK use a light touch approach and very rarely pursue criminals on motorbikes, let alone use tactical contact, despite overwhelming public backing for them to do so.

Let’s keep campaigning for all police forces across the UK to use tactical contact to help them catch criminals and in turn reduce motorcycle theft and related crime.