Home » General » Bike theft: are you part of the problem?

Bike theft: are you part of the problem? 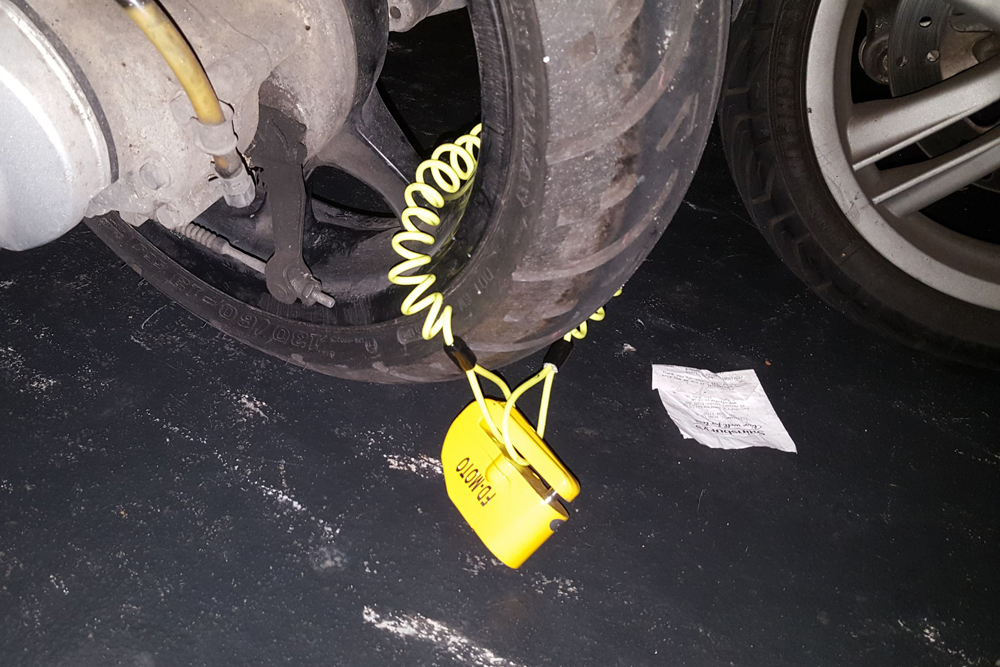 Unfortunately motorcycle and scooter theft is something the industry doesn’t really like to talk about – but it should be high up the agenda.

If more new bikers were aware of the risk of their bike being stolen, sure, they might not buy a bike in the first place. Also if your new bike does get stolen, you’ll probably take the insurance pay out and go and buy another one. So you can see why the industry might turn a blind eye to the rise in bike theft because not making customers aware of it, in the short term, can help them sell bikes.

You have a responsibility to biking

If you’ve just got a new bike it’s so important you’re aware of how easy it is to steal a bike with no additional security and how quickly a bike can be stolen.

It’s frustrating to see a brand-new scooter sat in a bike bay with no security – you’re gifting thieves with an easy picking, fuelling bike crime and helping to drive up insurance premiums. You’ve just spent four grand on a new scooter but no-one told you it’s damn stupid to not spend another £50 on a quality disc lock.

Here are the ugly truths we need to face up to:

I’ve seen it time and time again: Bikers blame the police for not following up on their bike theft. The police blame bikers for not securing their bikes are well as they could. The police on the front line are frustrated with the CPS for letting criminals off with such light sentences. The police tell the motorcycle industry they need to bring out more built-in security as bikers clearly can’t look after their bikes themselves. The industry don’t know how to implement this at a manufacturing level as not every country has an issue with bike theft and they don’t want to drive up the prices of bikes, so they run an initiative to ask bikers to use more security. Bikers react to this initiative by saying the police should do more. Repeat, ad infinitum.

It’s a mess, we go around in circles and nothing seems to happen.

The simple unavoidable fact is that if we all do our bit to make our bikes more secure, we’re reducing the chances of our bikes being stolen. We’re ensuring that any thieves that do steal our bikes need to be more committed to stealing them than before. This means a percentage of these scrotes head off in search of easier pickings but right now, quite the opposite is happening; more low-lives are attracted to bike theft because we’re making it so easy for them. When crime pays, they’re all at it. When we fight back, we reduce the number of gangs out there nicking bikes and are left with just the hardcore who, although better at it than most, will now be faced with more police attention as the police will have more time to dedicate to the remaining gangs.

So don’t be a part of the problem. Check out our post on the three layers of security that will dramatically reduce the chances of your bike being stolen.