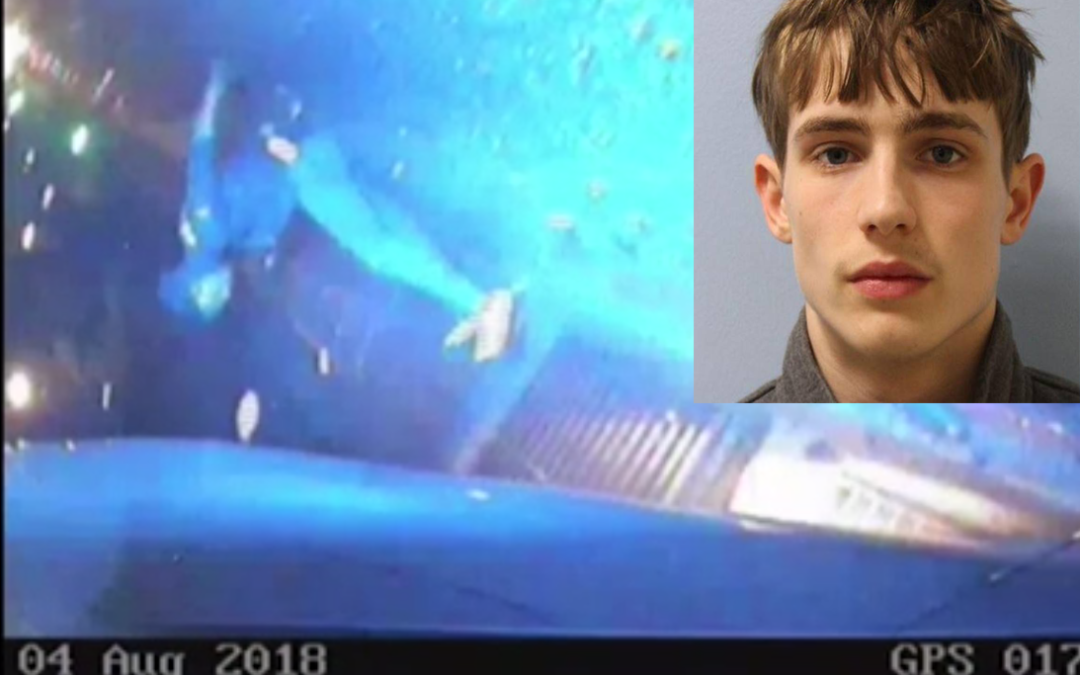 Two London teenagers who were described as a “menace to the London public” have been sentenced for carrying out a string of violent moped robberies.

Frankie Batchelor, 18 and a 16-year-old who can’t be named for legal reasons were involved in crimes where they threatened their victims with knives before robbing them of their possessions including mobile phones, watches and laptops. Batchelor was also involved in a crime where he smashed a car with an axe and made off with the occupant’s watch and phone.

Batchelor was involved in a high-speed police chase where he collided with an oncoming police car that was not in pursuit and he was thrown into the path of the pursuing police car which tipped onto its roof trying to avoid Batchelor as he comically bounced across the road. He was hospitalised for a month and has a permanent limp. Unbelievably he was involved in more thefts while under investigation and his limp was what got him nicked. Officers identified him limping past a location where he later returned to carry out his crime.

The parasitic duo both from Southwark, have been sentenced to a total of eight years in young offender’s institutions for the offences.

Detective constable Mark Cooper commenting on the case said: “These two violent offenders were a menace to the London public. In their brazen crime spree they used intimidation and violence to threaten, rob and steal.

We reckon it’s likely that when he’s released a couple of years from now, it won’t just be oxygen he’ll be thieving..