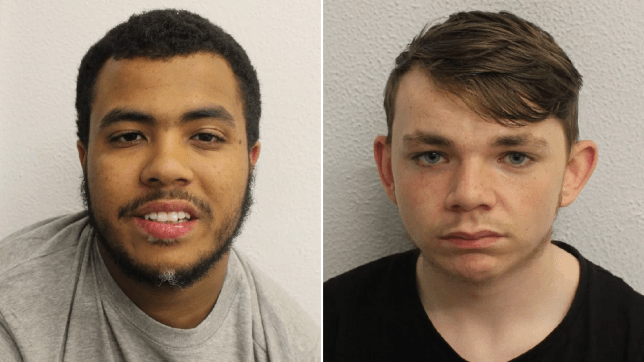 TWO BUNGLING moped muggers have been jailed following a failed snatch and grab in Hackney earlier this year.

Tommy Rogers and Alfie Woods were rammed off their moped and arrested by the police in Hackney on June 21st 2019, having just targeted a lone female, mugging her of her mobile phone.

Woods and Rogers mounted the pavement on their scooter and stole a mobile phone from an unsuspecting woman. The theft was witnessed by a roads police team who pursued the thieves.

The amateur duo tried to use the pavement to evade capture, almost knocking down a pedestrian in the process. The pursuit ended within minutes when the pair were knocked off their scooter in what is known as ‘tactical contact’. Rogers was arrested there and then but Woods made off on foot. He was found minutes later in Victoria Park, having tried to evade capture by discarding the mobile phone and some of his clothing.

Rogers from Whitmore Estate, Hackney, was given a two-year prison sentence for robbery, aggravated vehicle taking, no insurance, dangerous driving and handling stolen goods. He was disqualified from driving for two years and ten months. Woods from Thrasher Close, Hackney, was sentenced to 16 months for robbery, aggravated vehicle taking, possession of cannabis and handling stolen goods. He was also disqualified from driving for 18 months.