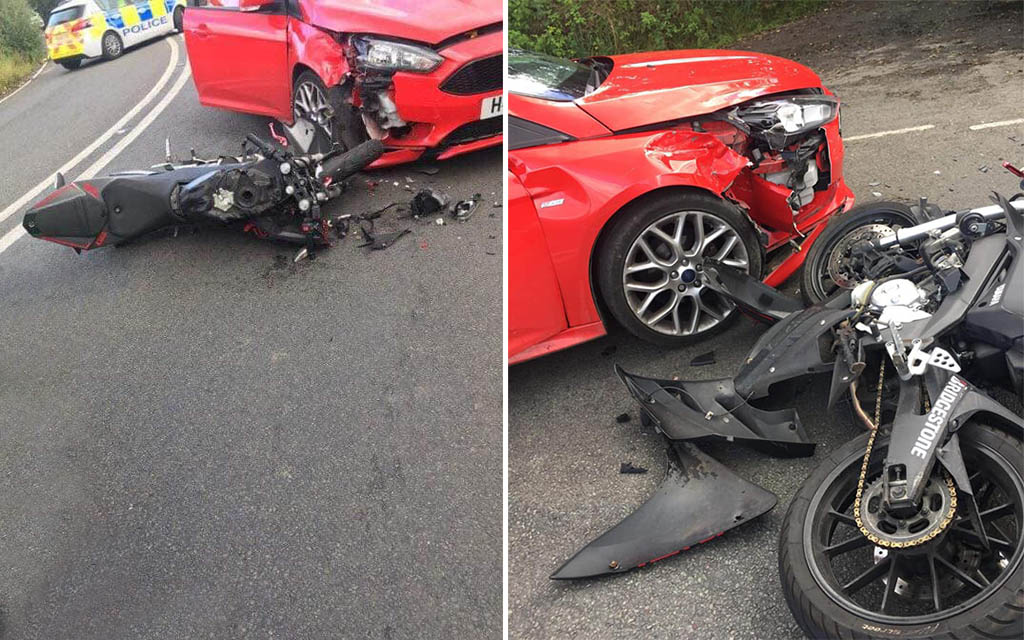 A pair of joyriders got their comeuppance yesterday when they crashed the stolen motorbike they were riding, less than 24 hours after it had been reported stolen.

The crash happened on the B6231 in Oswaldtwistle, Lancashire. The pair, who were two-up on a stolen Yamaha YZF-R125, were not wearing helmets. They appear to have run wide on a left-hand bend, crashing into a Ford Fiesta. The road has a 30 mph speed limit and is on the approach to a built-up area.

One of the suspects was arrested on the scene while the other has been taken to hospital and is unfortunately in a life-threatening condition.

However, the number of casualties could have been higher. Fortunately, the occupants of the Fiesta; a mother and her two young children were unharmed.

Clearly the pair riding the stolen motorcycle and not wearing helmets tells you much of what you need to know about how much they value the law, other people’s possessions and the safety of other road users.