Home » Guides » Fighting back – what the law says you can do

Fighting back – what the law says you can do 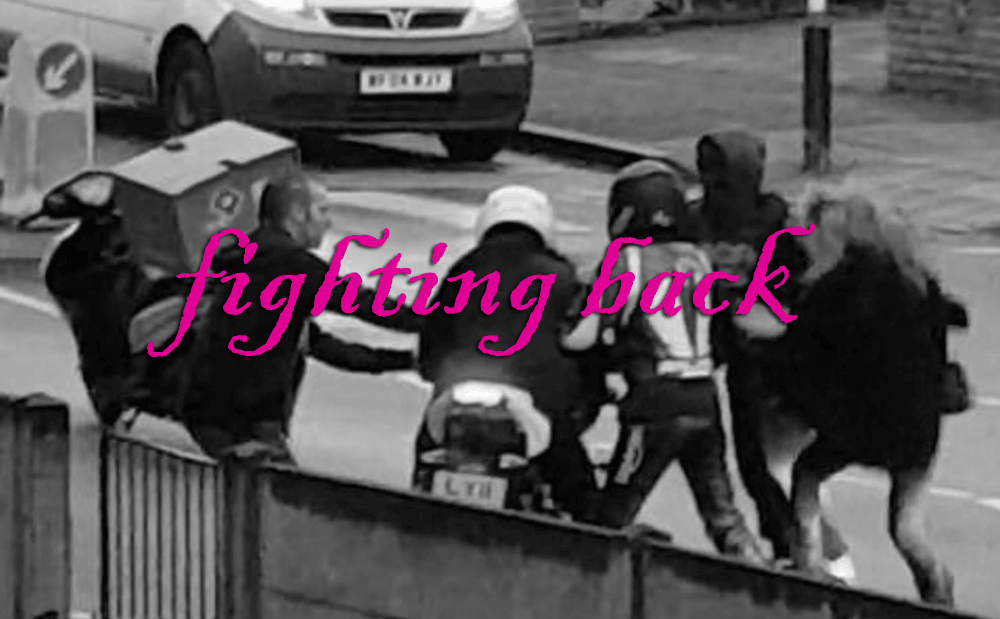 Motorcycle and moped theft is a hot topic right now. Unfortunately, it’s not a London-only issue, but London does appear to ‘set the trend’, a trend that no-one wants to be a part of.

Right now, in London, some bikers are being forced off their mopeds, motorcycles and scooters by bike gangs. So what are you legally allowed to do to stop this?

We spoke to motorcyclist and legal eagle, Andrew Dalton from whitedalton.co.uk to crush the rumours and let you know once and for all, what you are and aren’t allowed to do.

“This may be a bit London-centric and if people being pushed off their bikes to have their bikes stolen is not a problem for you, in your area, then I am happy for you but this is a real problem.

So far in 2018 we have had 3 clients pushed from motorcycles by feral gangs, usually on fairly high capacity scooters and of these there were two “successful” thefts and one where the rider with a quick and aggressive mindset managed to keep hold of their bike.

So, apart from all the keyboard warriors who would “tear the heads off” four or six youths whilst straddling a bike whilst being taken entirely by surprise, what can you actually do? First of all do you really have a chance?  My view is that unless you are very handy, and have good and well-honed fighting skills then your bike can be replaced, but you can’t.  Let it go.

But if you take a hard line, you are big enough, hard enough and skilled enough in combat to get physical what does the law say? The urban myths are many, ranging from if you so much as upset a thief you will be sued to you are allowed to beat them to death with the bloodied stumps of their own arms.

What the law actually says is a person can use reasonable force in self-defence, defence of property, the prevention of crime or to lawfully arrest an individual.

So if someone pushes you off your bike and you believe that it is for theft you clearly can fight back but how hard?  Pushing the thief off your bike would be wholly reasonable, or twatting him across his head with your crash helmet or a good head butt from inside your crash helmet would definitely fall into reasonable, because the law does not expect that you “weigh to a nicety the exact measure of defensive action” but if having knocked the thief to the ground, with him pinned under your bike if you then proceed to stamp on his neck and head then you have leapt over the line of reasonableness.

Be careful though not to compare the level of force you can use to defend yourself in a street robbery to that which you can use against a burglar.  Because a burglar has entered your house, the test is very much lower on the burglary victim.  It is only where the householders force is grossly disproportionate that the criminal law will intervene.  If you are being robbed of your bike you can, lawfully fight back hard, but the key is knowing when to stop, but you can go quite a long way.

If, for example you got a compliant thief into a choke hold and you then asphyxiated the thief to death that would undoubtedly be disproportionate, but, if the thief died resisting your attempts to detain, awaiting the police, then in my view, you fall within reasonableness, and the law recognises the red mist of adrenalin and fear.

A Judge, applying the law, would have to direct the jury that the test for say, a motorcyclist up for GBH for the violent stopping of the theft of his own bike was and is “in a moment of unexpected anguish had the motorcyclist attacked on his bike, done only what he honestly and instinctively felt necessary, and if he says that is so with credibility then that is very potent evidence of reasonableness” – I paraphrase the common law position since 1971, which now forms statute law.

This does not however give legal succour for thief traps.  If the bike is left in a theft hot spot with four handy lads waiting in a Transit to leap upon any putative thief, then none of the above defences come into play, because this was not a surprising and terrifying situation for the four handy lads in the Transit van, it is something they deliberately set up so that they would not be given very much in the way of benefit of the doubt.”

So there you have it; you have the power to protect your property and fight back. However, no-one would blame you for letting your bike go, much as you’ll be hugely annoyed at the thought – it is ultimately covered by your insurance.

It’s worth noting that over 80% of motorcycle theft is from the home and although the thought of having your bike wrestled from you is a scary one, it is still quite a rare occurrence. If you’re worried, we recommend a motorcycle tracker, like the simple-to-install one from Monimoto.

You can relax knowing that if your bike does get pinched, you can inform the police, track it down, get it back and hopefully commit a couple of scrotes to jail at the same time.