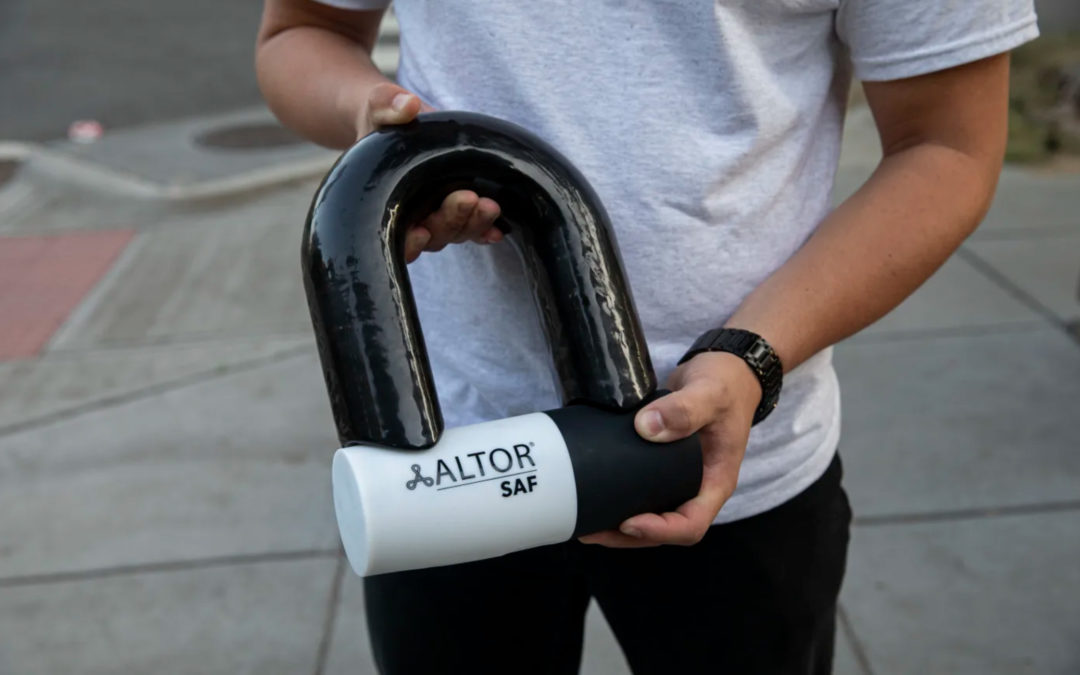 THIS ALTOR SAF is the biggest D-Lock we’ve ever seen.

It’s not yet in production but this mammoth lock, produced by bicycle security firm Altor, could be a reality if it gets enough backing on crowd-funding website IndieGoGo.

Comically large in size, it weighs over 6kg and has a diameter of 75mm (your motorcycle security chain is probably around 15mm).

The Altor team reckon it takes around 30 seconds to bypass a typical U-lock but their massive SAF lock withstood a 5-minute angle grinder attack before the angle-grinder died. Most battery-powered engle grinders won’t have enough battery capacity to grind for this long and most won’t have a cutting disc big enough to get through the lock in one go. 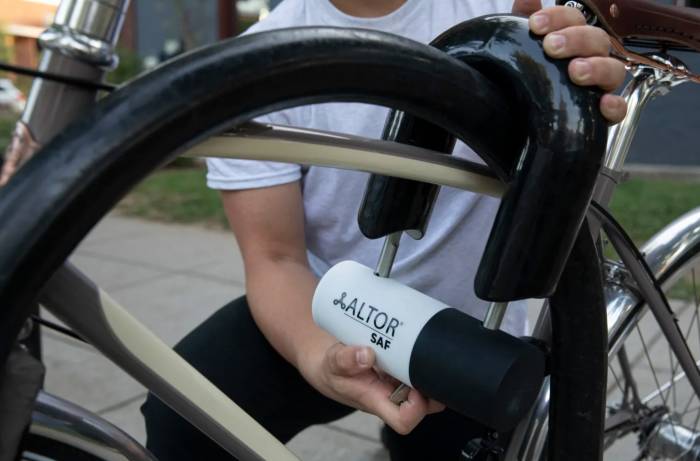 Sure it’s designed for bicycle frames, meaning it won’t be much good for motorcycles, but you could (probably) get it through the front or rear wheel of your motorcycle, meaning thieves will have to remove your wheel to bypass the lock. If you need this in your life, check out their crowdfunding page, where you could grab one for around £165.

Unbeatable? Yep. Unpractical? Without a doubt.