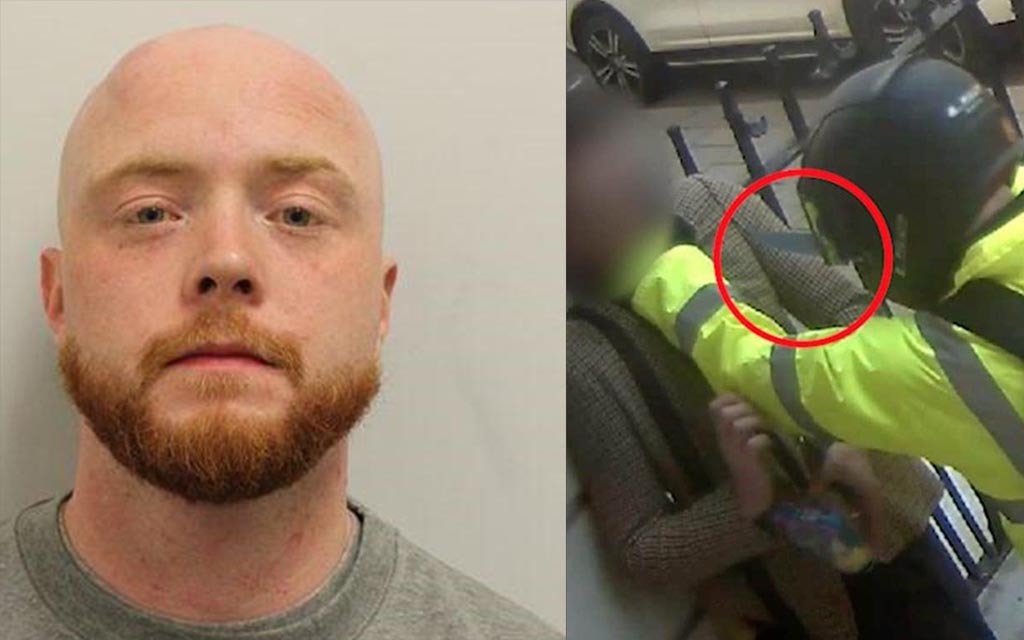 Bradley White, labeled a “reckless” moped thief, has been imprisoned for 9 years after a series of robberies, committed at knifepoint, in central London.

White, 29, had been targeting people that he could see were wearing expensive watches. Two of his targeted victims were 73 and 78 years of age.

On the 5th of March, White struck 3 times in just half an hour. White was wearing a hi-vis jacket, helmet and the moped he was riding had stolen number plates when he embarked on his 30-minute spree.

In one robbery on Brook Street, Mayfair, White assaulted a man from behind that was standing in a doorway. Holding a large knife to the man’s throat, he demanded the man’s watch. White and Claudio Narciso, aged 29 of Georges Road, Holloway, were arrested later that same day by the Metropolitan Police Flying Squad.

During the arrests, officers discovered the moped used in the robberies and also 3 high-value watches – 2 of which were linked, later on, to previous robberies. White was the aggressor in all the robberies, while Narciso was found to be in possession of items White had stolen, in the hours following each robbery.

White was already out on licence for a “smash-and-grab” at the time of the robberies, and he pleaded guilty to 3 counts of robbery, 1 count of attempted robbery, the theft of a moped and the theft of a number plate. He was jailed Wednesday at Blackfriars Crown Court.

White was also jailed in 2013 for 3 years for his involvement in a number of raids by an organised gang who targeted luxury fashion stores. The gang carried out 48 raids, stealing over £1,000,000 worth of goods.

Narciso, at the same court, admitted the handling of stolen goods and was sentenced to a 12-month community order, during which he must carry out 100 hours of work, unpaid. At the hearing, he was also fined £1,000.

Detective Constable Shona Wilkinson, of the Flying Squad, said that she was “satisfied” with the sentences: “White brandished a terrifying weapon, leaving victims fearing for their lives… I am pleased he is now no longer able to blight communities and innocent members of the public with his actions”.