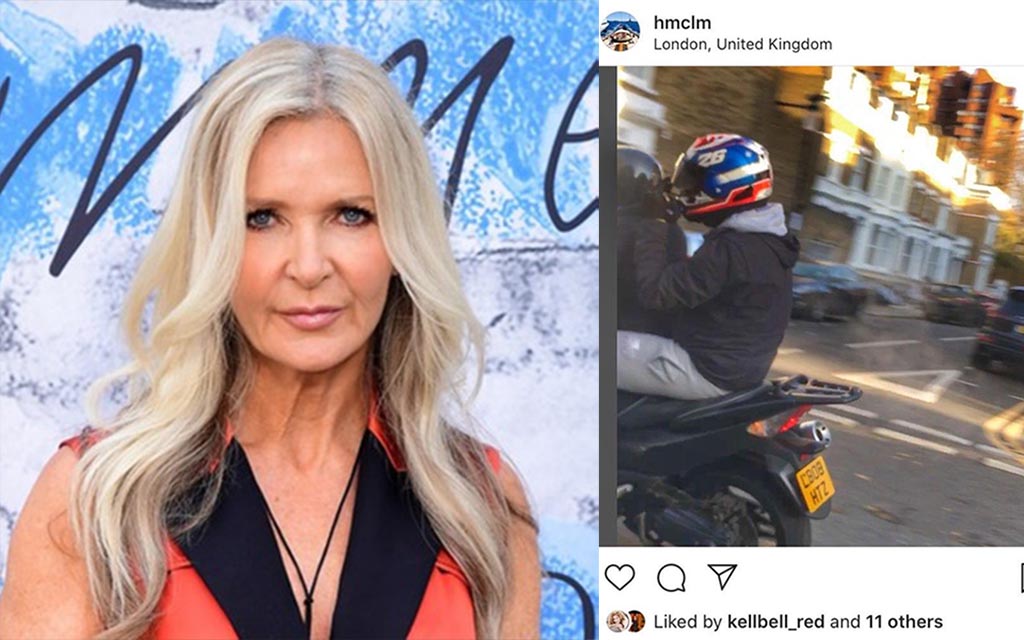 One of the Duchess of Cambridge’s favourite designers, Amanda Wakeley, has been robbed of her watch by a moped gang in Kensington.

A photograph of the attackers was posted to the Instagram account of her partner and financial PR adviser, Hugh Morrison, showing the men on a black Yamaha Motorcycle. It seems that the thieves first let the air out of the tyres of her car, so that she would stop to examine the tyres. It was at this point that the assailants approached from behind and threatened her with an axe.

The designer had a Rolex watch stolen that was reportedly worth £25,000.

Mr Morrison said in the Instagram post “she is unhurt but naturally shocked. The police have been amazing but say that this happens five to six times a day in the Royal Borough of Kensington and Chelsea…”. The post was sent from his personal account, which was spotted and reported on by a journalist working with the Mirror.

Hugh Morrison added in the post that there were “a lot of witnesses and police feel that the culprits will be caught. In the meantime, Amanda just wants to share her experience and hopes that everyone stays safe”.

A favourite designer of the Royal family, Amanda Wakeley has designed several dresses for Princess Diana and the Duchess of Sussex. She has also designed clothes for one-time Prime Minister Theresa May.

Of course, this is not the first time that those in the public eye have been the victims of street robberies. In 2018, comedian Michael McIntyre was mugged by criminals in Hampstead while Member of Parliament George Osborne was the target of thieves that were responsible for the theft of 103 mobile phones, in just 18 days, in that same year.

A spokesperson for the Metropolitan Police has said that a 28-year-old man has been arrested on suspicion of conspiracy to rob and that “enquiries into the circumstances continue”.