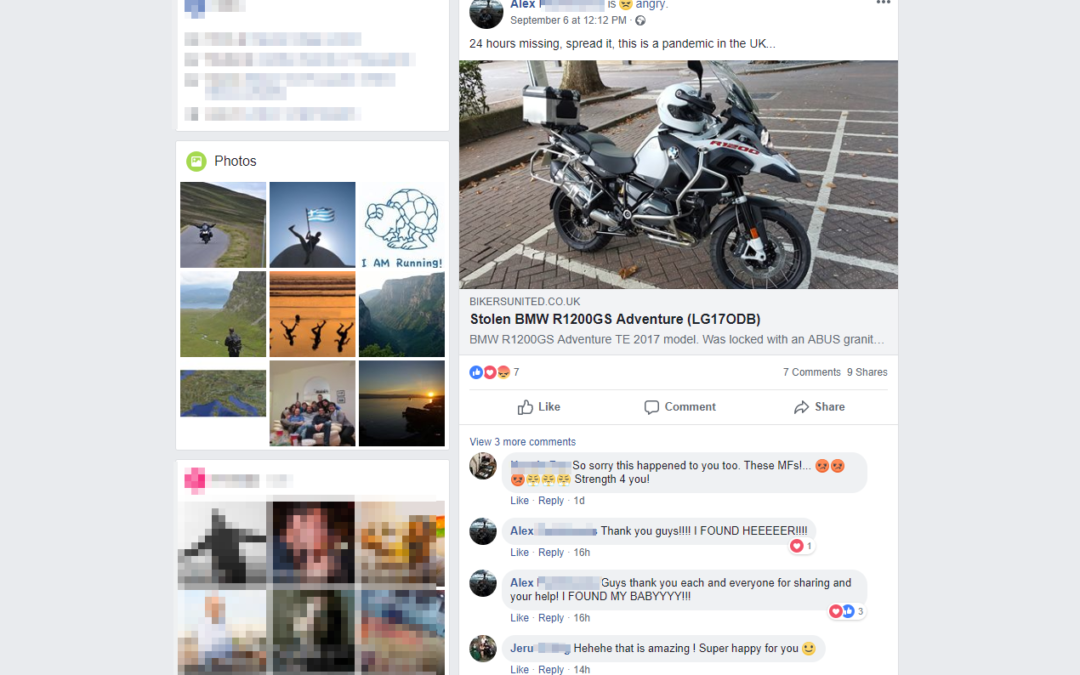 When Alex P added his pristine looking BMW R1200GS this week, I was gutted for him.

He’d done everything right: the bike was locked with decent lock, alarmed and immobilised and tagged up with Datatag complete with visible stickers.

Stolen in the middle of the night, Alex couldn’t see any signs of the bike being attacked with angle grinders – with no shards of metal or traces of anything left at the scene. A neighbour’s CCTV was covering the street (but not the bike) and there was nothing to be seen there either.

The obvious thought from Alex was that the bike was lifted and loaded into a van – but, he wondered; how come no-one heard the alarm going off?

Alex shared the details of the theft on BikersUnited the same day and we made sure it was featured on social media. Alex’s listing had over 800 views in just 48 hours.

We’re very happy to report that Alex found the bike last night. He’s marked his bike as ‘recovered’ on BikersUnited, which updates the status of his listing so that everyone can see it. It also reposts to social media, letting people know it’s been found.

Here’s what Alex had to say: “Found about half a mile from the position of theft, on a dead end. Covered with a bike cover. Never give up hope and use a tracker!”

That sort of result is the exact reason why started BikersUnited. Good on you, Alex!