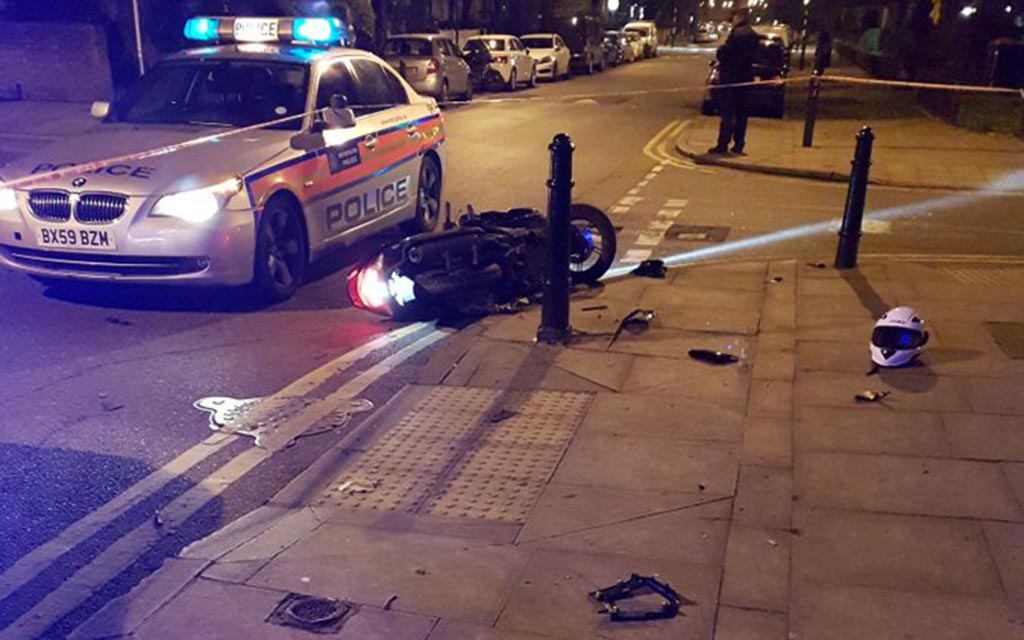 Police watchdogs have called tactical force against moped thieves as a “legitimate use of force” for those officers that have had specialist training which is a huge boost in the fight against motorcycle crime.

The IOPC (Independent Office for Police Conduct) has issued guidance for officers to help them make sure that “any dangerous situations created by police pursuits are brought to an end as swiftly as possible”.

This guidance covers alternative tactics and the chances of causing injury to either the riders, others or the police officers themselves. The IOPC also states in the guidance that any use of these tactics must be authorised first.

Tactical force was first put into use, amid much publicity, by the Metropolitan Police in 2018 to tackle offenders such as thieves using mopeds and motorbikes to escape. These offenders would very often remove their helmets, believing that police would not risk causing injury by giving chase – with these new tactics in force, and approved by police watchdogs, such tactics by criminals are no longer effective.

The IOPC guidance is based on 5 separate investigations, one of which was a misconduct hearing for a police officer that had knocked an offender unconscious after using his car to halt the stolen moped. At the end of the hearing, the IOPC decided that the officer’s actions were justified.

A second investigation concluded that additional training in how to write up notes to justify use of force was required after an 80mph pursuit ended with a culprit suffering a broken leg when he hit a lamppost after his bike was struck by a police car, the driver of which was not trained in tactical pursuit.

Deputy general of the IOPC, Jonathan Green, said that “the new guidance helps officers weigh up the risks in fast-moving situations so that they can carry out stops effectively, and at the same time offers reassurance to the public that the tactic is used as safely and as proportionately as possible”.