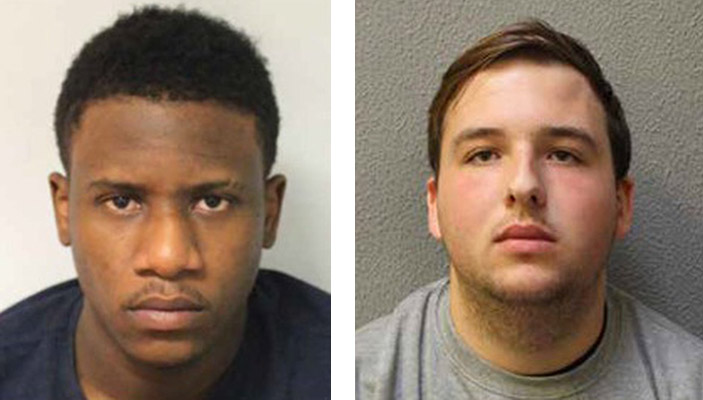 21-year-old Miguel St Martin has been imprisoned for 12 years. He was the ringleader of a violent moped group that called themselves the Easy Cash Gang. They attacked luxury stores in a string of attacks and orchestrated break-ins at Boodles and Yves Saint Laurent in London’s West End last year.

In March, the gang rammed a stolen Land Rover into the Boodles shopfront, armed with samurai swords, axes, and a sledgehammer.

Builder Petar Dimov tried to intervene directly and was stabbed in the back and struck with an axe by the members of the group. The trio left the scene empty-handed, but one month later they got away with almost £100,000 in purses. Metropolitan Police traced St Martin the same day to a hotel in Kings Cross, where he was arrested on charges of conspiring to commit theft in several parts of London. St Martin is said to be a leading role in those thefts.

He pleaded guilty to a larger conspiracy in September 2018 and escalated the theft by the YSL during the first week of his case, but disputed any role in the Boodles robbery. Lawyer Michael Shaw, said that St Martin was the oldest of all the suspects and police they claim that he performed an institutional leading role in all these conspirators. St Martin also confessed two street robberies that had taken place between the two raids. The jury was told that a lock-up garage in Islington was also used to support the group to carry out a moped-enabled attack. Officers discovered stolen mopeds, dark clothes as well as other stolen objects.

Judge Ian Darling today imprisoned St Martin for 12 years, reminding him that he is still a young man and that he could turn his life around. The judge suggested that he is confident that Miguel is not a bad person. St Martin was also imprisoned for two years for each count of road theft, four years for garage fraud, eight years and ten months for conspiring to commit aggravated assault at YSL, all of which run parallel with his 12-year term.