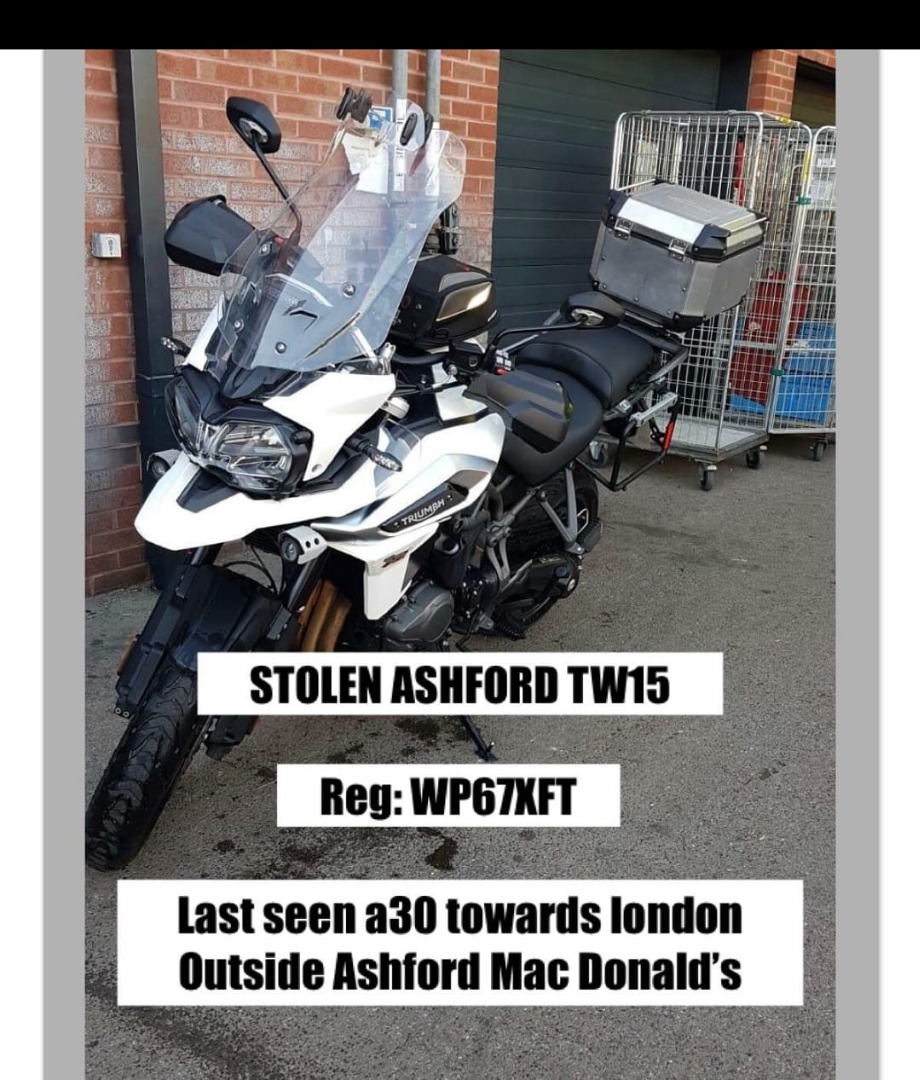 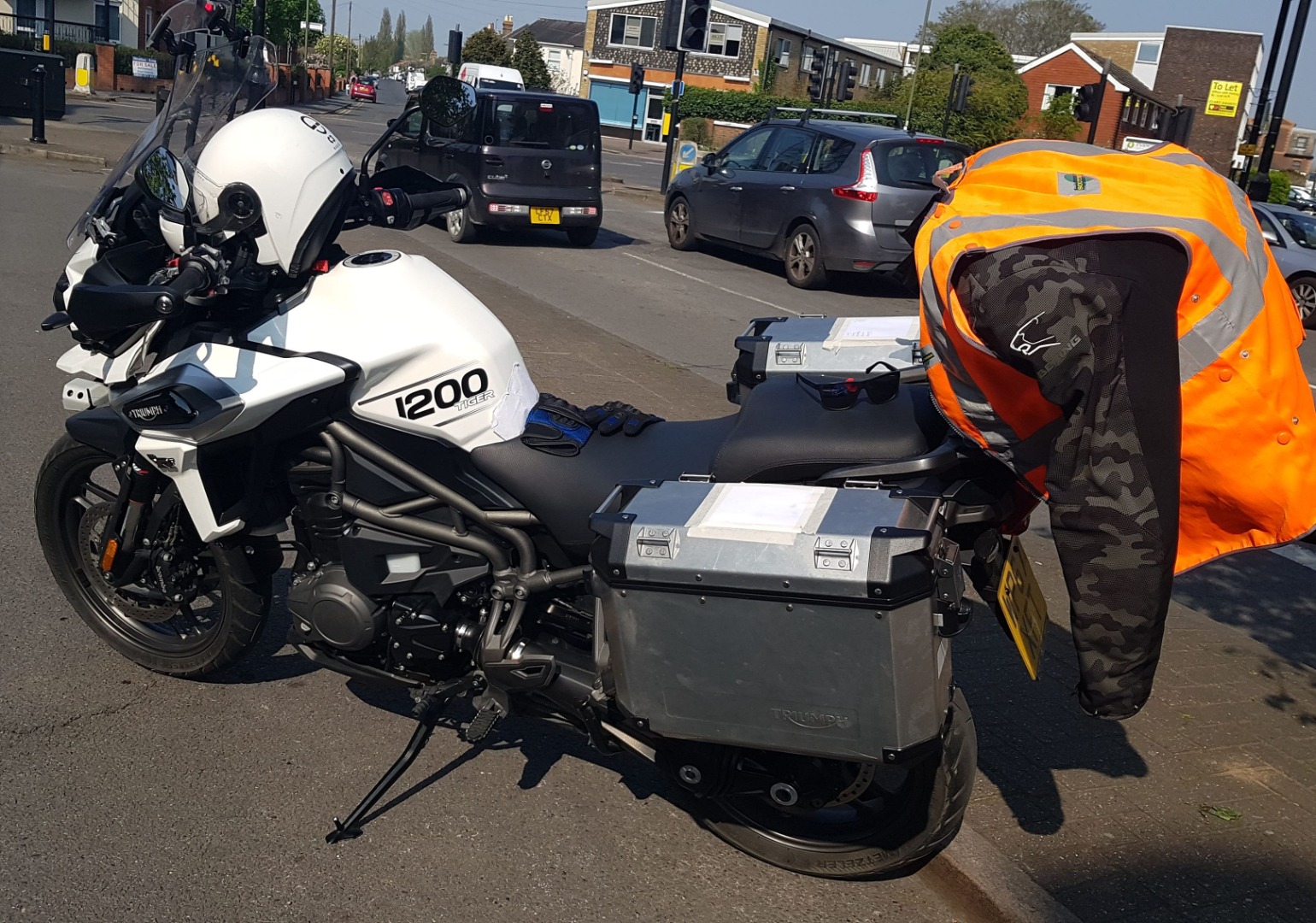 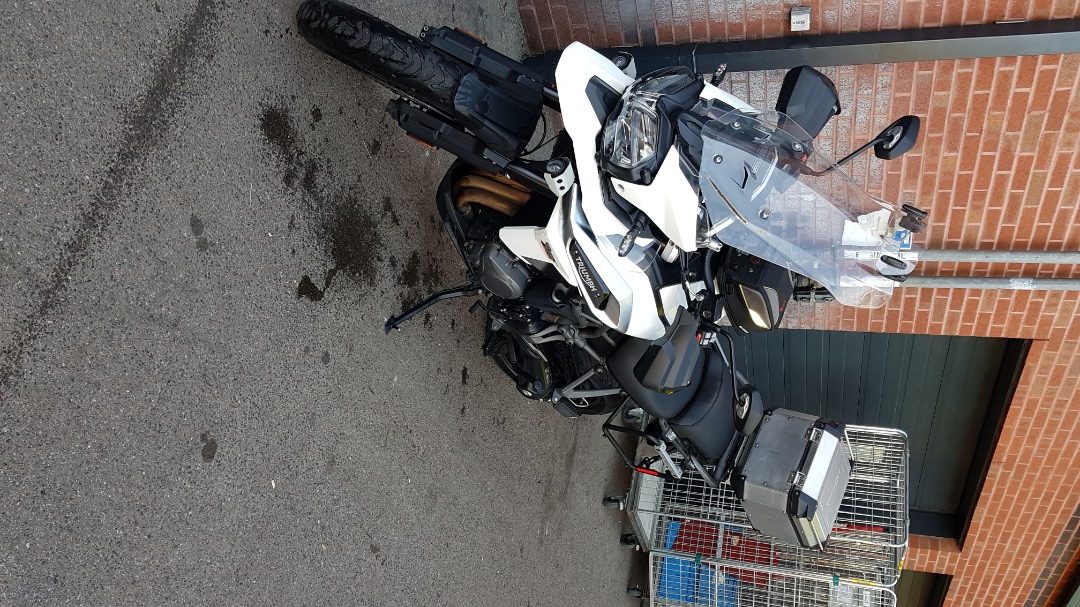 White Triumph Tiger 1200 XRT. At time of theft had the silver expedition top box on with a sticker saying 'Paul Merrett' on it. Also has a mount for a Tom Tom rider on the handle bars and a Sw Motech tank ring fitted. Has nearly new fitted Pilot Road 5 tyres fitted also. The fitting racks for the pannier systems are also fitted but no panniers on the bike.

Bike was parked outside a friend's house on Sunday 28/06/2020. The alarm and tracker were both active. It was seen being pushed away at 1600hrs by a black moped by neighbours who tried to stop them but failed. It was pushed to a point 3 miles down the road were the tracker was removed and dumped. This was in the TW14 area of SW London. It was stolen from TW15 area Surrey.