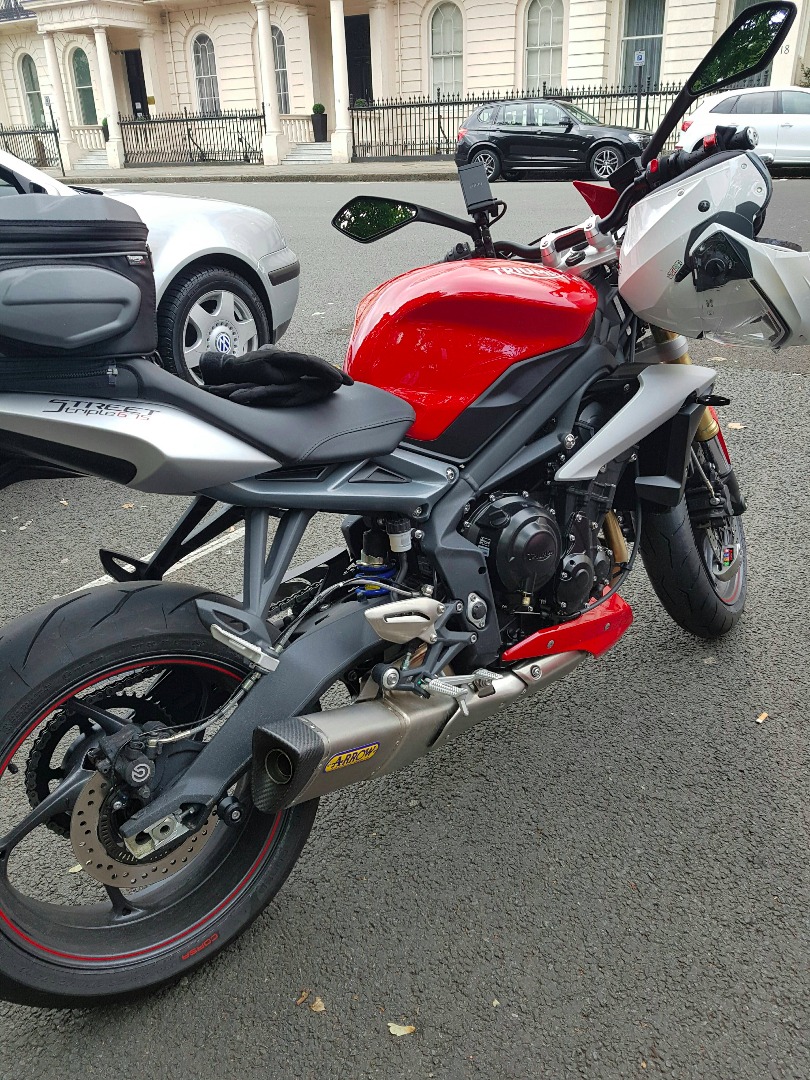 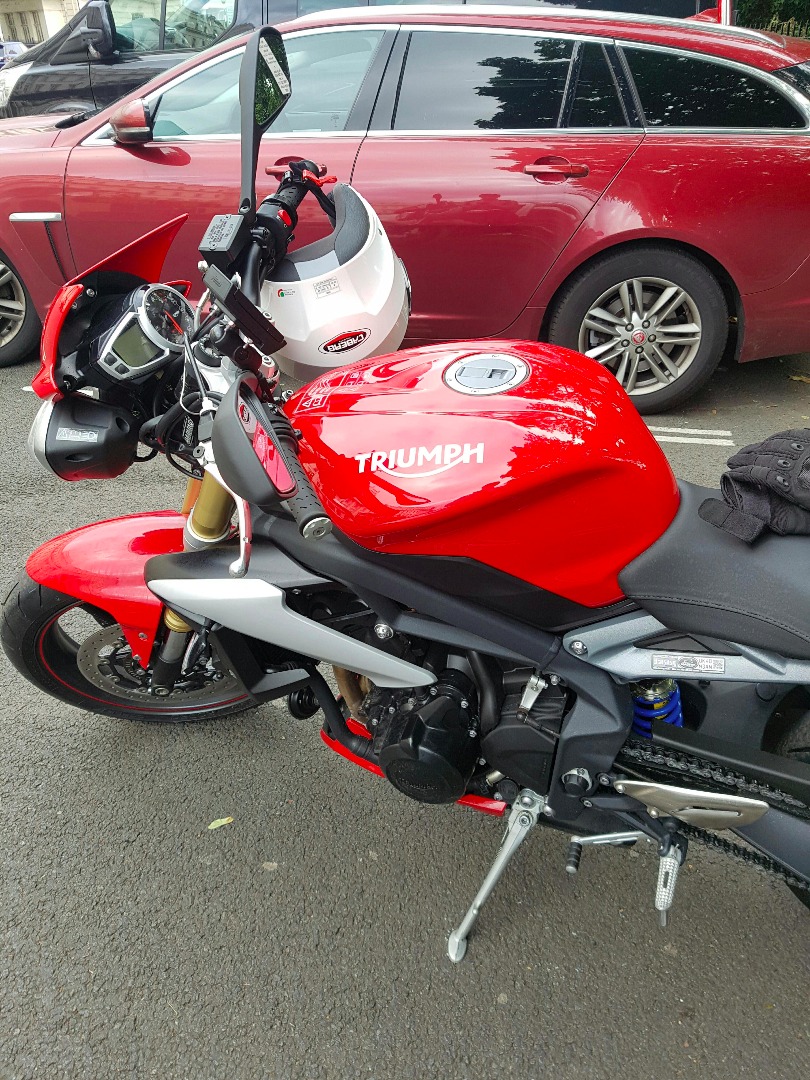 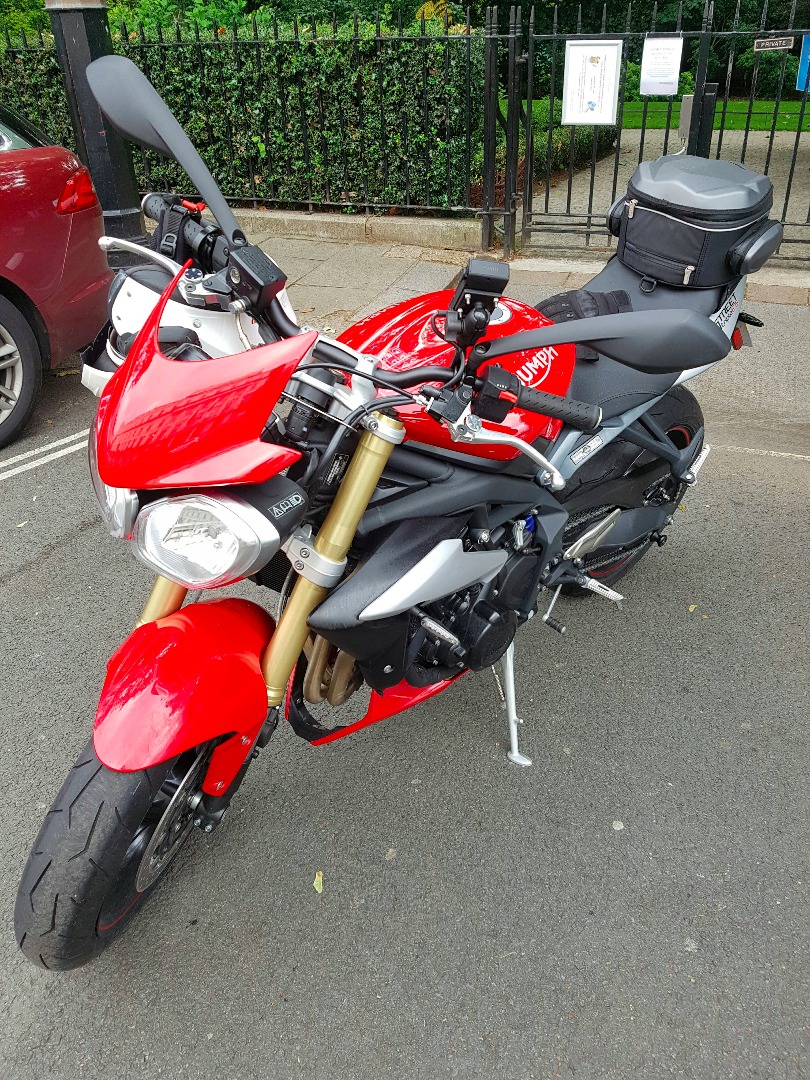 I left my bike (Triumph Street Triple 675, red, reg number LY16GSZ, milage about 1000-2000 miles max) parked on the side of the road (Drakefell rd, 135) at 13:10 (date: 22.02.2017). I locked the front wheel as usual so the bike was secure. At 14:20 I received an emergency call from the tracking security company Scorpion telling that the bike is moved by some one. Then I ran outside to check the bike, but it was too late, the bike was no longer at the place. So I called back the tracking Scorpion company to inform that the bike is stolen. Then they let me to call the police and come back with its ref number so they got contact the police to track the bike. So I informed the police and had the ref number CAD 4951-22 and passed it to Scorpion tracking company. After about an hour (15:45) of waiting I met the police at the same spot (Drakefell rd 135). The police missed them and found that the tracker from the bike was removed and put under the car in Lewsham area. The witness said there were two white males removing stuff from the bike and then gone. So the police showed me the pieces of it something like small electronic boards and stuff. The police asked me the route I have made on the bike and other details. I told them that on that day I had a service at Triumph dealer in Selsdon. Actually they were the only people who knew there was a tracking device in the bike hidden somewhere. Then police started to check the neighborhood information and the people from 135 Drakefell rd to verify what I told them. No one noticed anything. The police said that the criminals likely were following me all the way on a bike or scooter. And they knew exactly what they were doing. They told me that they will check CCTV in the area. But they told that the probability to find it is very slim. It is because the criminals might also removed a plate number on the bike.