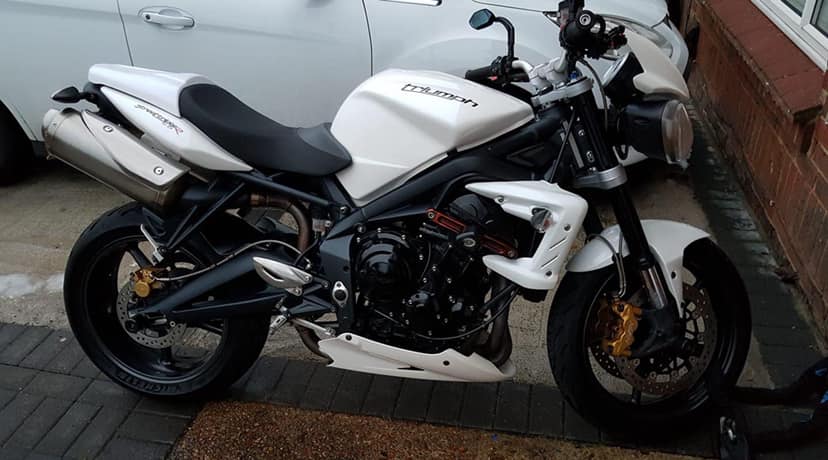 White Triumph. Immaculate condition, however the tracker was removed from underneath the seat when stolen. Apparently the petrol tank has been tampered with since stolen.

The bike was stolen from outside Conway Street Bus Depot in Hove at approximately 4pm on 30th April. It was then taken to Peacock Lane in Brighton where the tracker was removed. This was the second time this bike had been stolen within the space of 2 weeks.