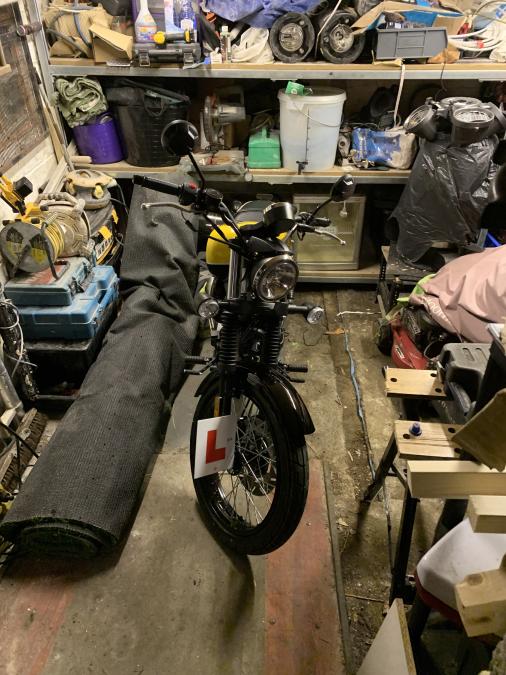 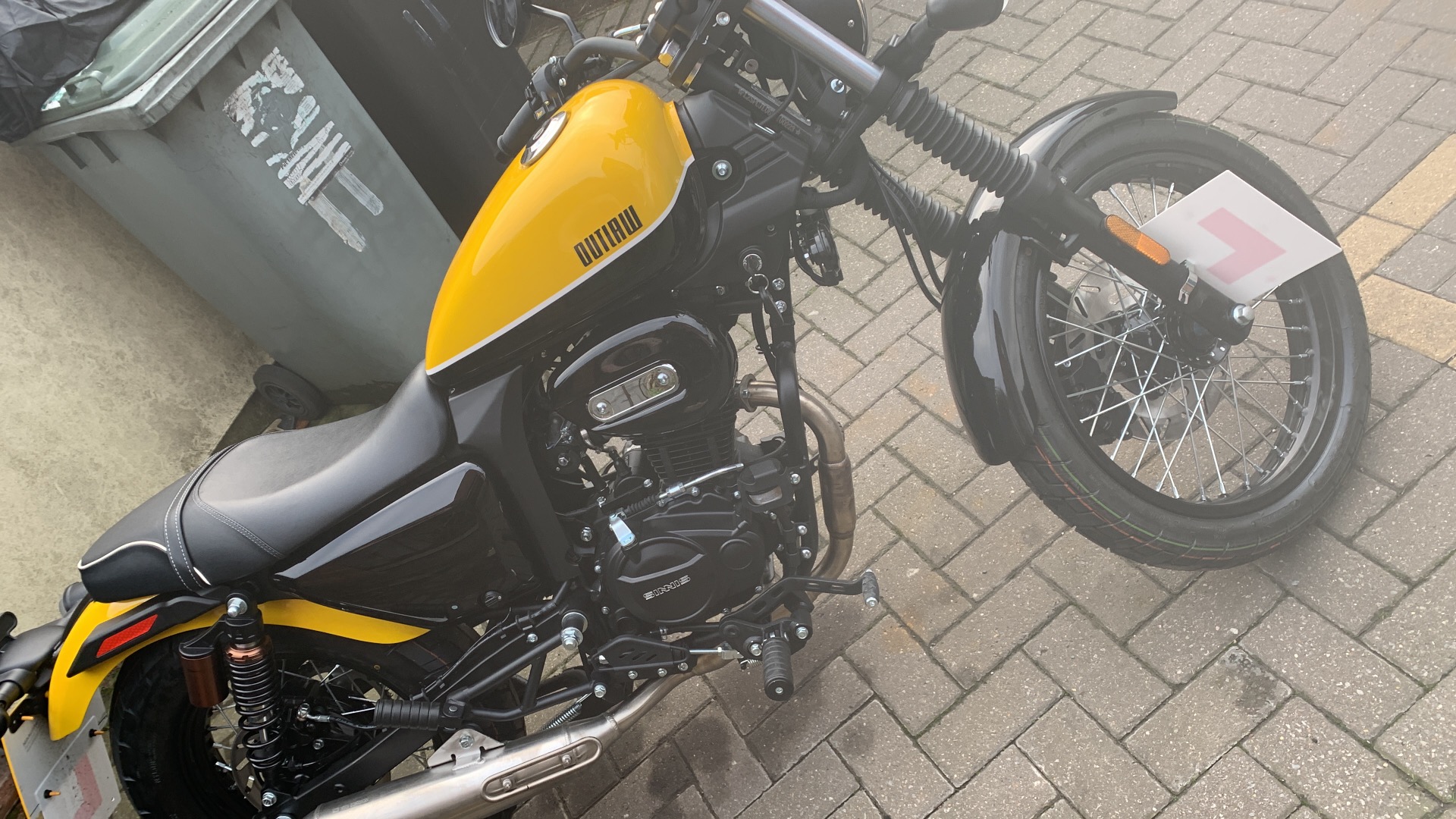 Sinnis Outlaw, Yellow Tank, Leather Seat. Brand new. Learner plates were on the bike at the time of the theft.

Bike was stolen from a driveway in Wakefield, Lofthouse WF3 3PR @ 8:40 on the 24/3/22. The steering lock was broken and alarm triggered, we were alerted by a neighbour a few seconds later and gave chase. We pursued the bike through the Carlton area, but managed to lose sight of it between Westfield Rd. and Chapel Street. The thief is thought to have headed in the direction of Rothwell. The neighbour spotted a red three-door hatchback speed off alongside the bike, we spotted the same vehicle following the bike when we caught up with it, there were three men inside (looking to be in their late teens early twenties). I did manage to get a good look at the cars driver. The rider had dark brown hair and was wearing a blue puffer jacket, dark joggers or jeans with a balaclava coving his lower face. UPDATE: CCTV spotted a red VW driving back and forth in the area 10 minutes before the bike alarm went off.