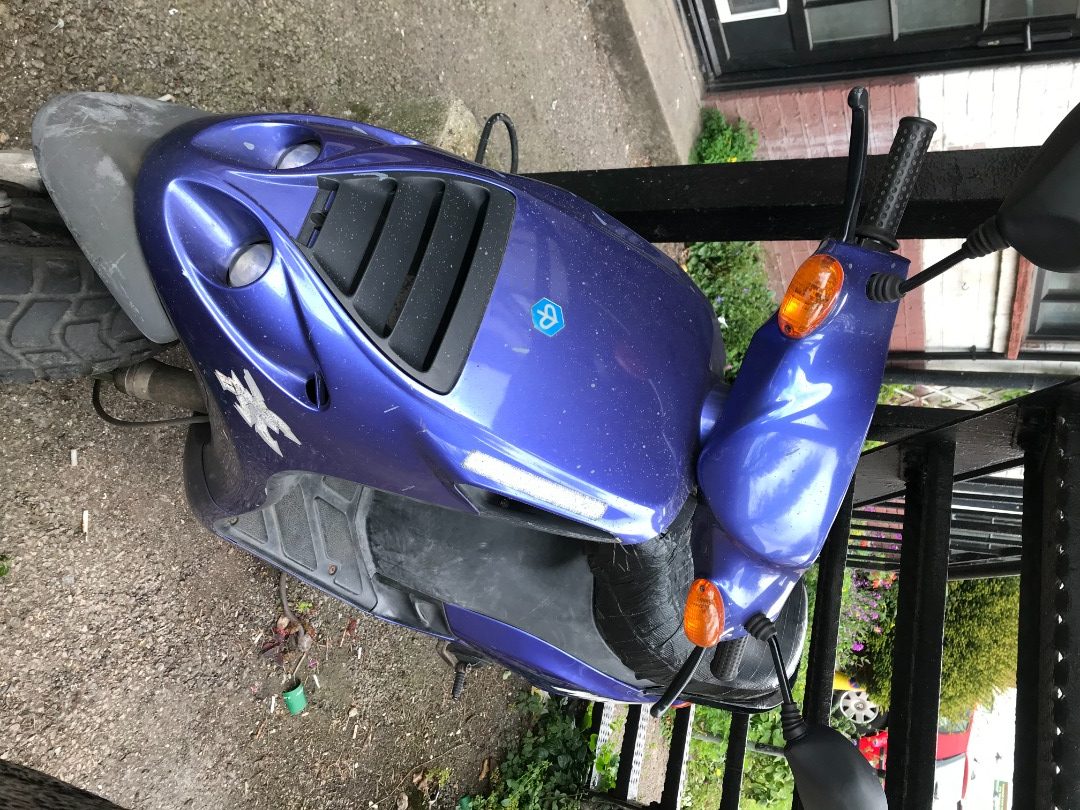 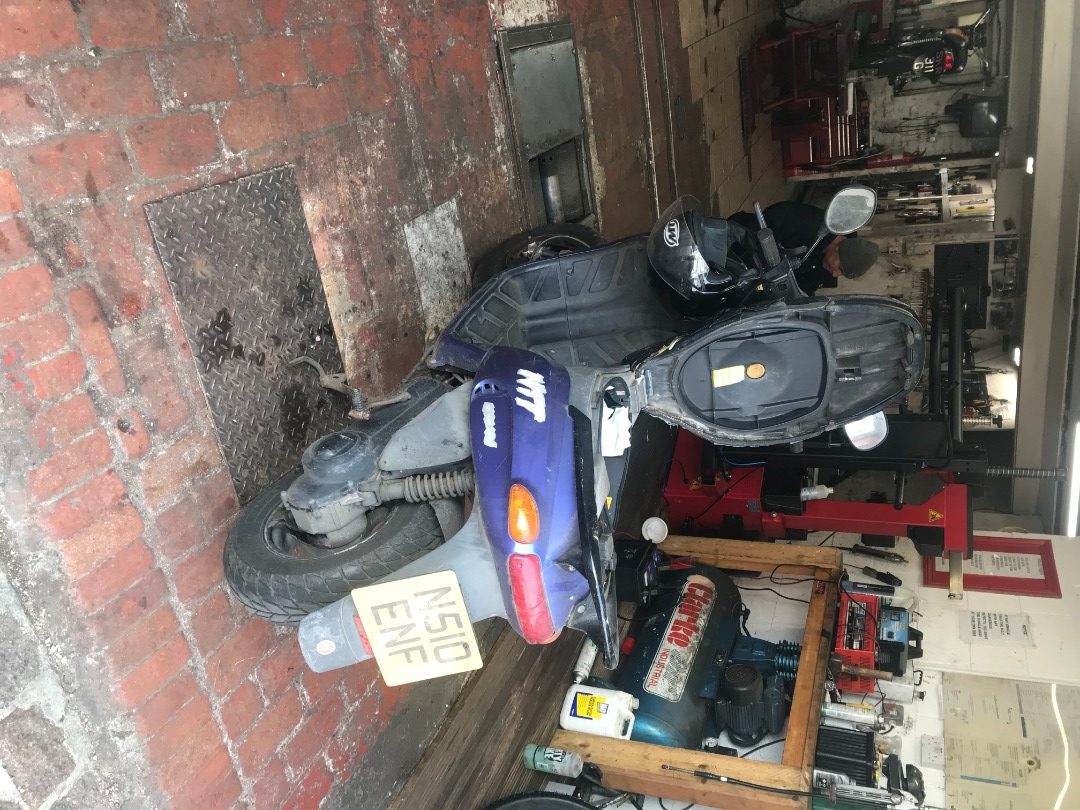 It is a limited edition of the Typhoon, actually a mix between a Typhoon and NRG, called NTT. It was never manufactured in UK. it was imported from Italy and then reregistered in the UK. it has off road tyres and i recently replaced the fore forks, which should have some sort of protective shields. The seat was old and wrapped in black tape. It doesn't show Miles but Kilometres.

parked outside a restaurant Santa Maria del Sur, SW8 3RH, on Prairie st., at 7.15pm on Thursday 2 September. Realised it had been stolen at 9.55pm. Both the disk-lock and chain had been sowed.