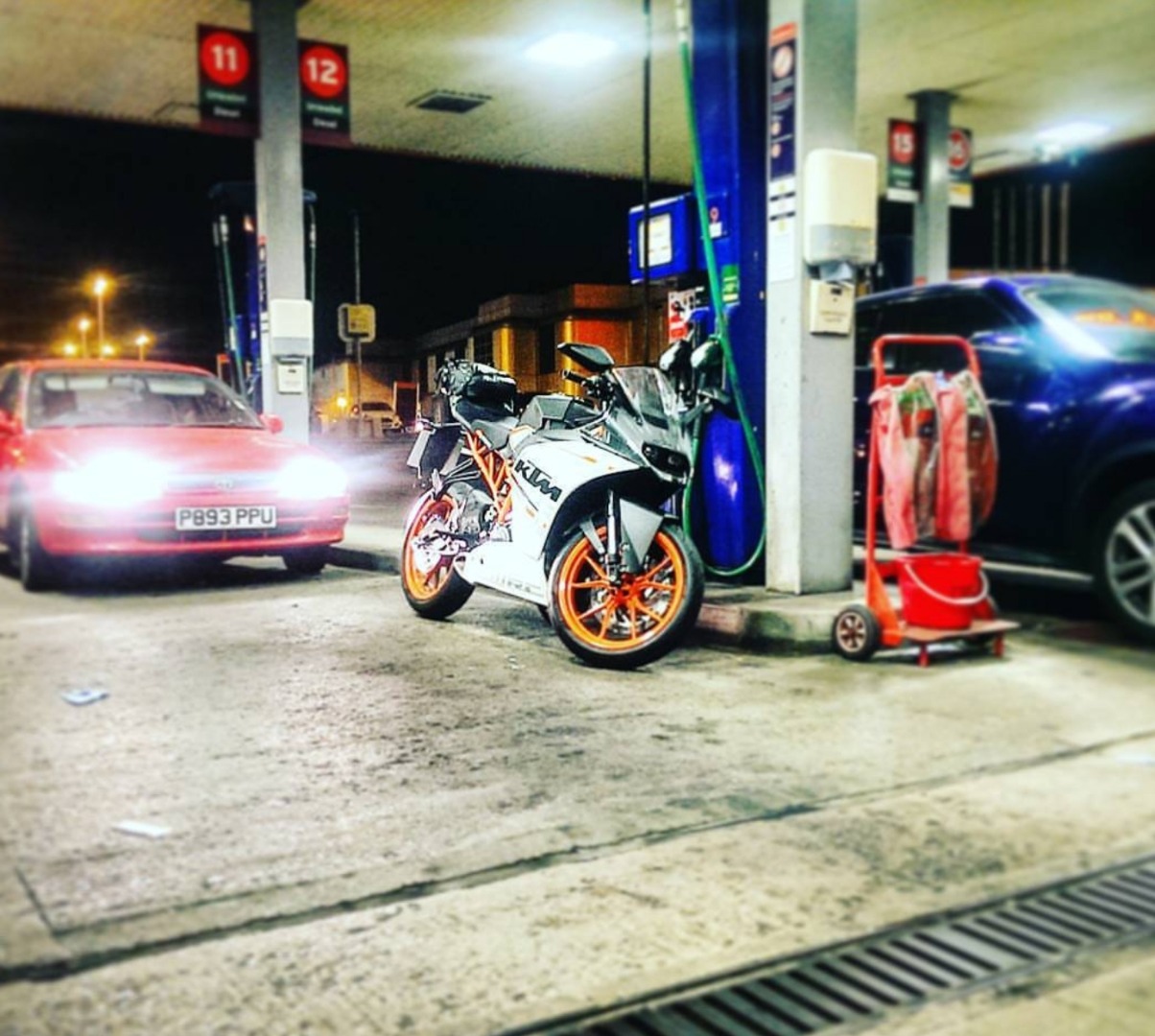 The time frame is between 7pm and 10.30pm on Wednesday 3rd of May 2017, to narrow it even more, I asked two men there where near the crime scene when I found the chain on the pavement if they've seen something and they told me they saw a man with a motorcycle acting strange and pushing it along the road around 10:10 pm. I was a bit shocked and I stupidly didn't ask them their phone number. The exact spot is no.42 Ossulston Street NW1. Attached you'll see a street view screen shot with the street view arrow pointing the park where I left the motorcycle, right under the tree on the left. Also two photos I took that night with my phone and the last photo of it few days earlier. As you can see on the other side of the road there's the British Library cycle park and I personally seen at least 2 CCTVs pointing that way. To help identify my bike it had a aftermarket KTM Powerparts seat, with 'KTM Powerparts' stitched on the side, R&G crash protectors (black drop-shaped), and a very little dent on the right side fairing.