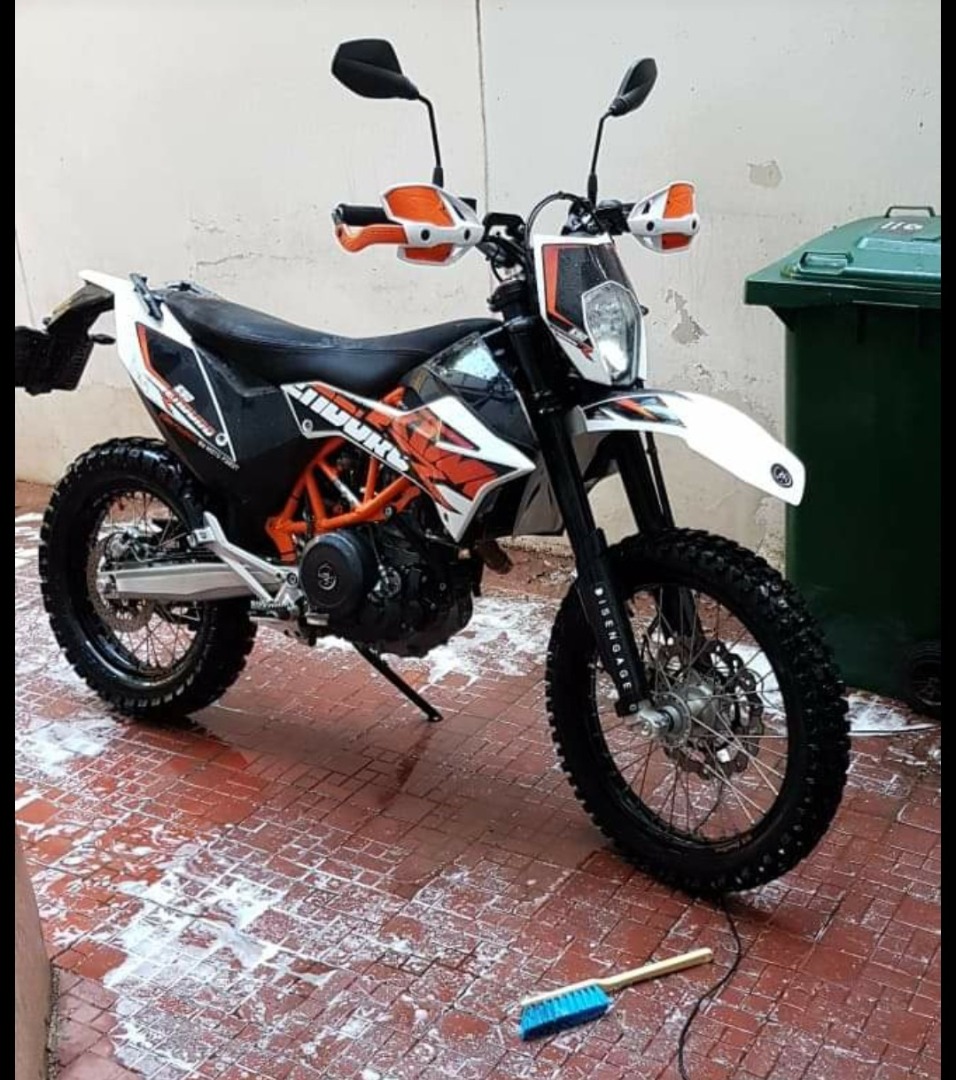 Romanian number plates, has cycra handgruads, has a small A shaped crack in the fron light, carbon side engine covers, stock exhaust, one of the screws on the stock exhaust is a regular Phillips one, had a ram mound on the handlebars and a shock absorbing handlebar clamps. It's orange white and black, had about 20.000 km. Front disk might be damaged as I've found the disk lock intact. Right side of the handlebars cracked a bit, and right handguard had scratch damage from falling on the pavement. Short brake and clutch levers

Was stolen at 18.00 just from outside my house. Bike had 2 chains, disck lock and a cover, they had it up and running in about 10 minutes. Neighbours saw them and tried to stop them but they were told to stay indoors by the thieves. According to my neighbours there were 2 men on a small motorcycle/moped.