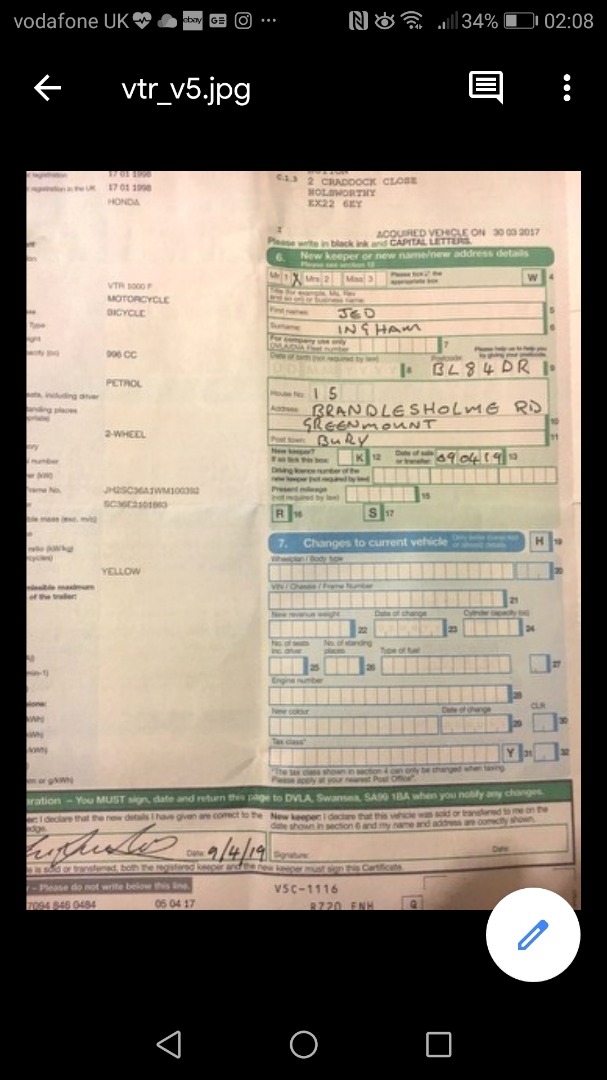 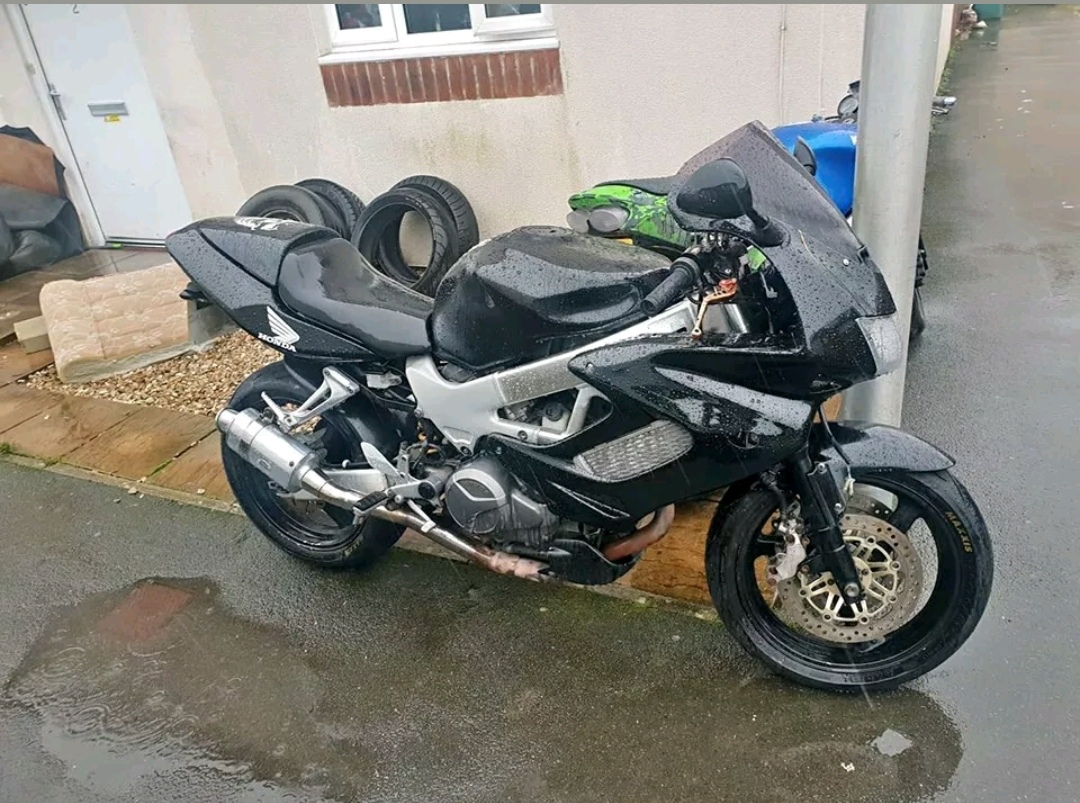 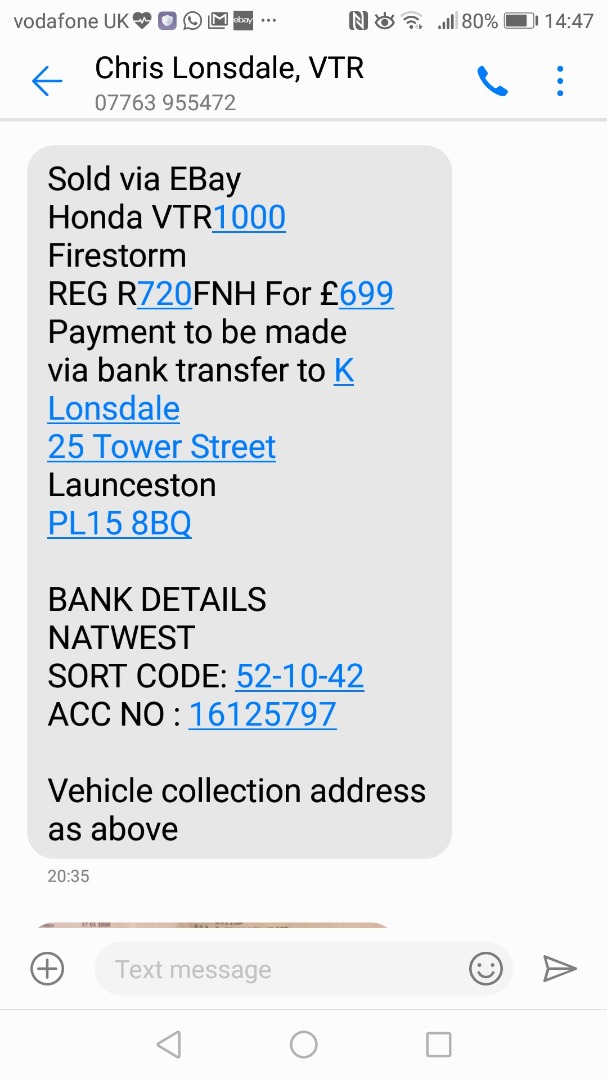 Bike was bought through an eBay auction, and paid for through direct bank transfer the same evening. Have evidence of all written communication with seller, and bank transactions etc. Seller sent photo of completed V5 with my name and address on as well. Despite promises and excuses, seller never delivered the bike to me. Has been reported to Avon and Somerset Police (don't yet have a crime number) and also reported to Action Fraud under the advise of A&S police.