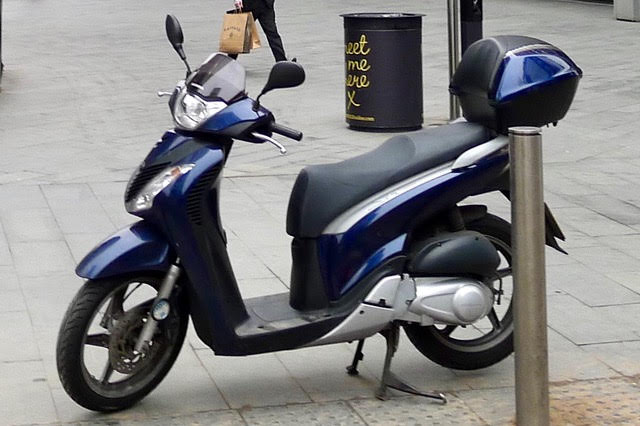 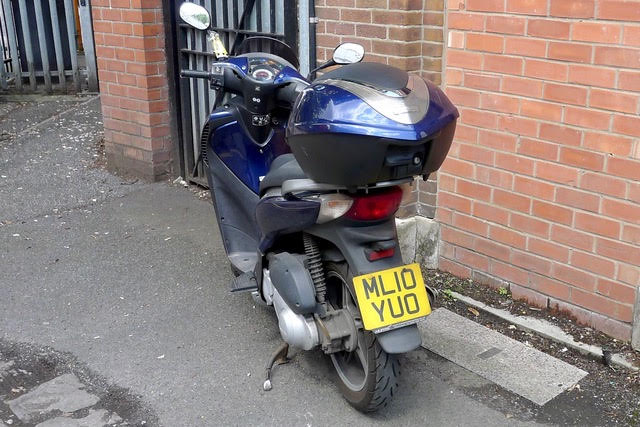 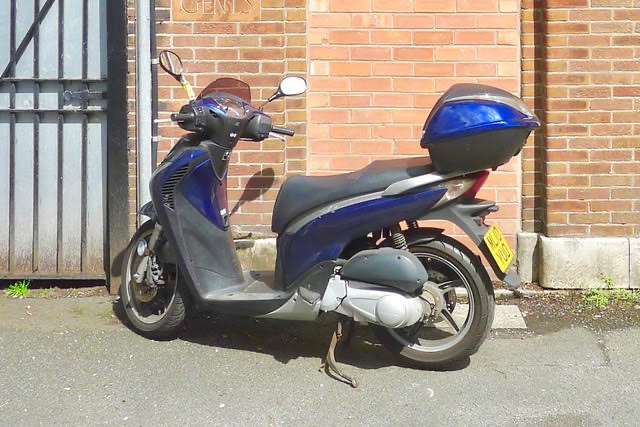 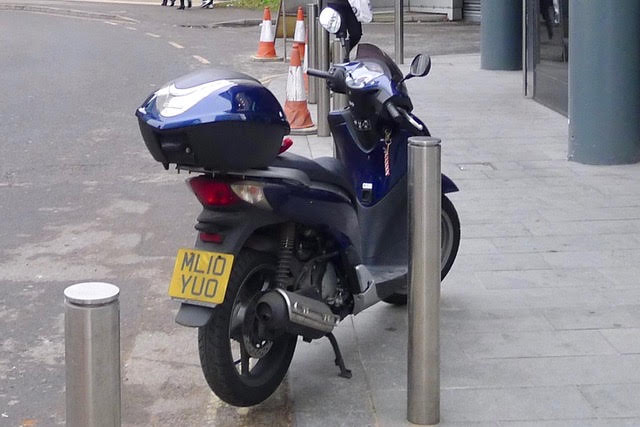 Honda SH125, navy blue, without a scratch - plus 2 white helmets in a top box at the time it was stolen

Parked on Lawton Moor Road, Northern Moor, Manchester 5th November at 19.30. There was a fireworks display in nearby Wythenshawe Park so all the roads, including this one were heavily congested and it was teeming with people on foot. The bike was walked away by the thief at approximately 20.15 just a few minutes before I got back. We searched the area on foot till 23.30 and knocked on the doors of the neighbouring houses - several had cctv. The following day we found the spot where he’d hidden it - a pathway, just next to some woods inside the park, half a mile away from where it was taken (9 minutes walk not pushing a heavy bike). When we got there (13.00) he had managed to start the engine and was wobbling away on it. The thief was a scrawny youth maybe 5’ 8” wearing a dirty grey tracksuit and my helmet - which was slightly askew so he must’ve had a small head because it didn’t fit. We called the police again and followed the bike but lost him in the streets. It would’ve been useful to know what to do at this point because we were able to get close but short of wrecking both my bike and my car and probably injuring someone it wasn’t clear what I could do. I’m certain both he and the bike are only few minutes from where it was stolen.

My bike turned up on Scotforth Close in Hulme 6 miles from where it was stolen. A member of the public called the police as it had been abandoned outside their house - 12 days after it was stolen. The first I knew of it was quite an aggressive letter sent by post from a vehicle recovery company demanding £150 plus £10 per day from the time they’d picked it up (ie I’d already accrued a bill of £180 by the time I got the letter - and of course I'd still been searching the streets even after it had been located!) I called the company and asked if I could go and look at it - they said I was allowed to see a photo but couldn’t see the bike itself. It was hard to judge the damage from a photo but the number plate and top box were missing. The front centre panel beneath the headlight had been removed - the thief had covered the gap with a piece plastic presumably to try to keep it dry. The grey plastic panels covering the battery space in the footwell and right up the seat pedestal were also gone. Rather a sad sight compared with what it was. Still looking at ebay and gumtree every day in case the top box and helmets come up - as I’d like to trace who did it. Many thanks to Bikers United for a lot of useful information on how to proceed, and for the public space to register the theft.