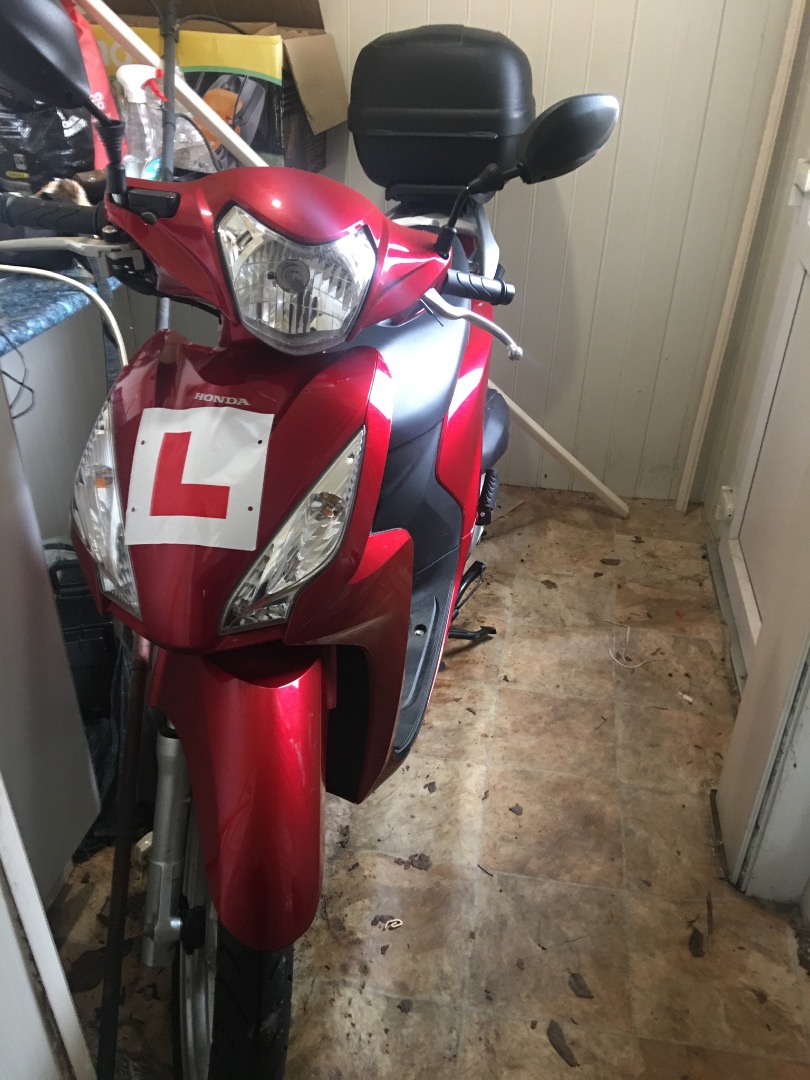 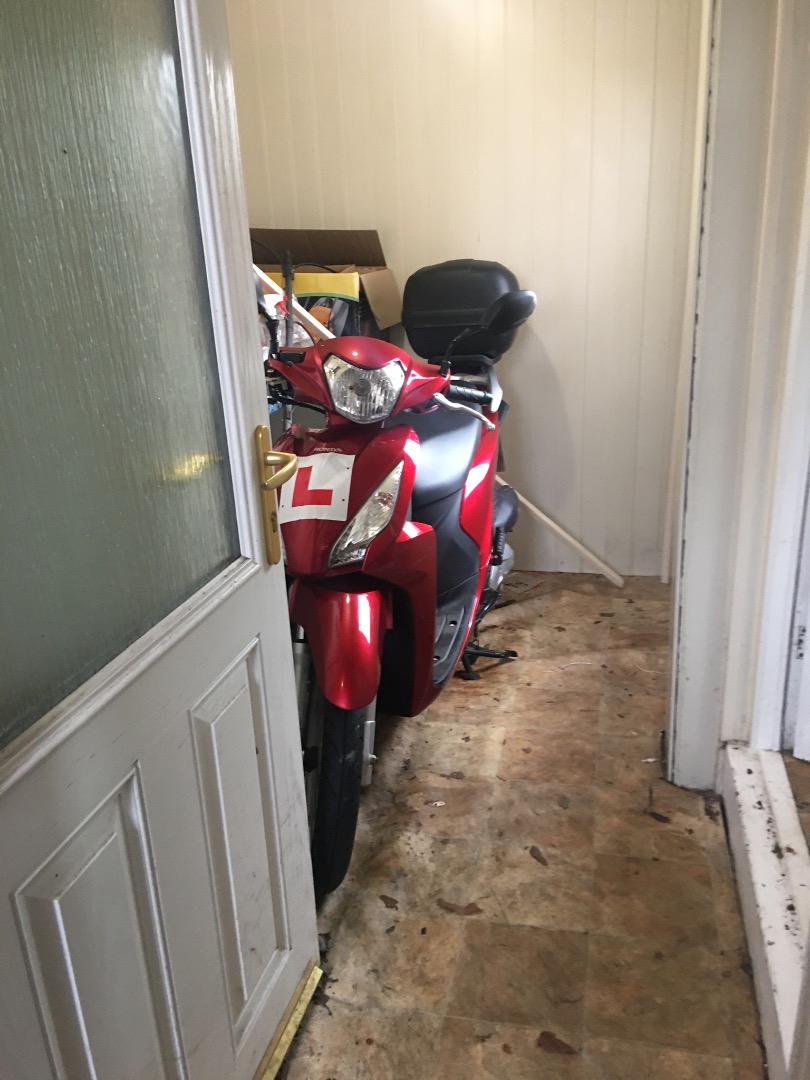 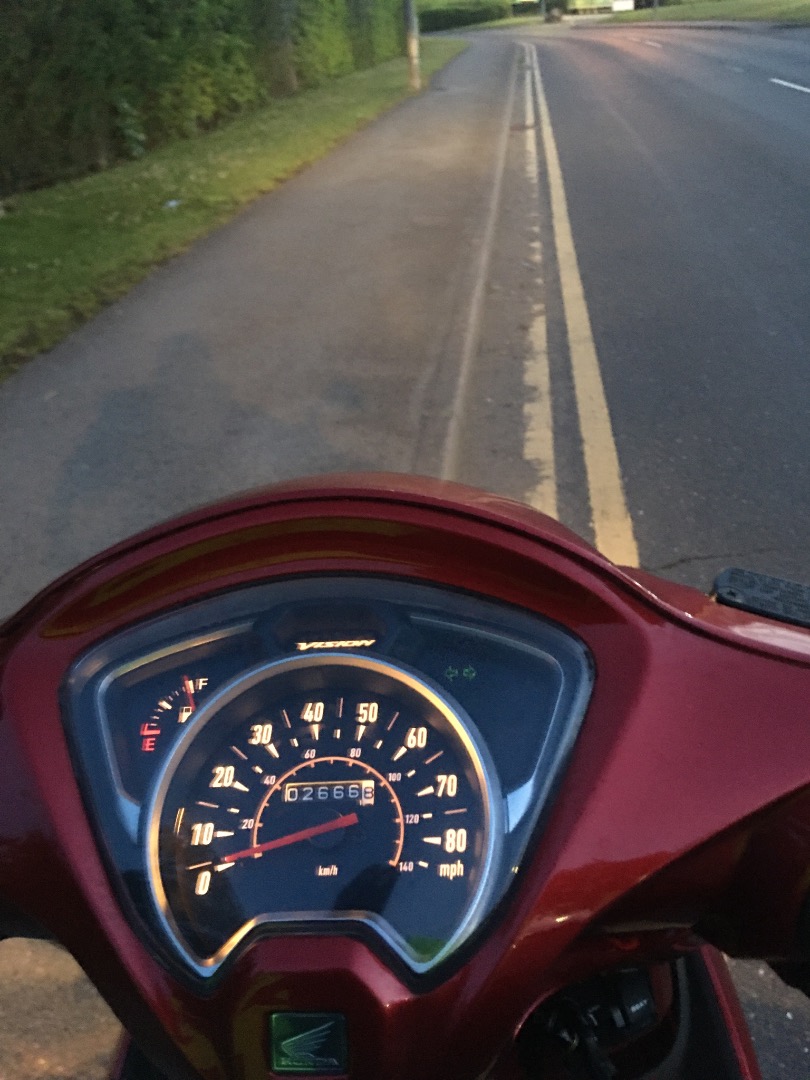 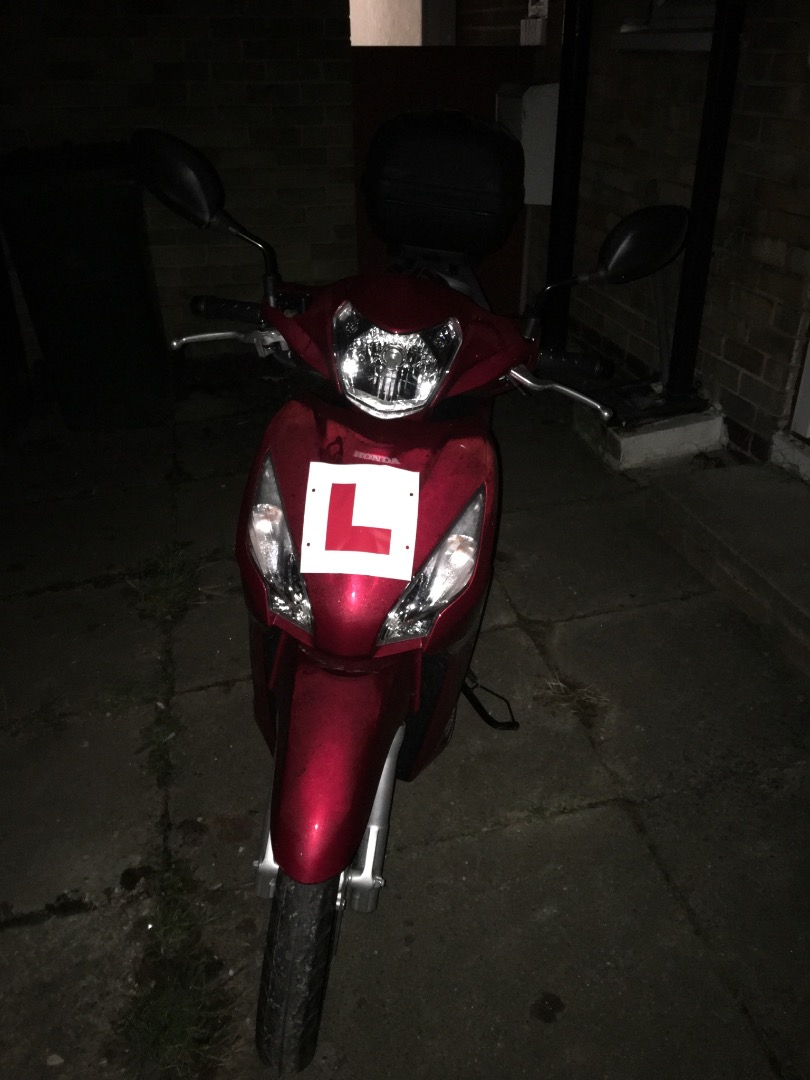 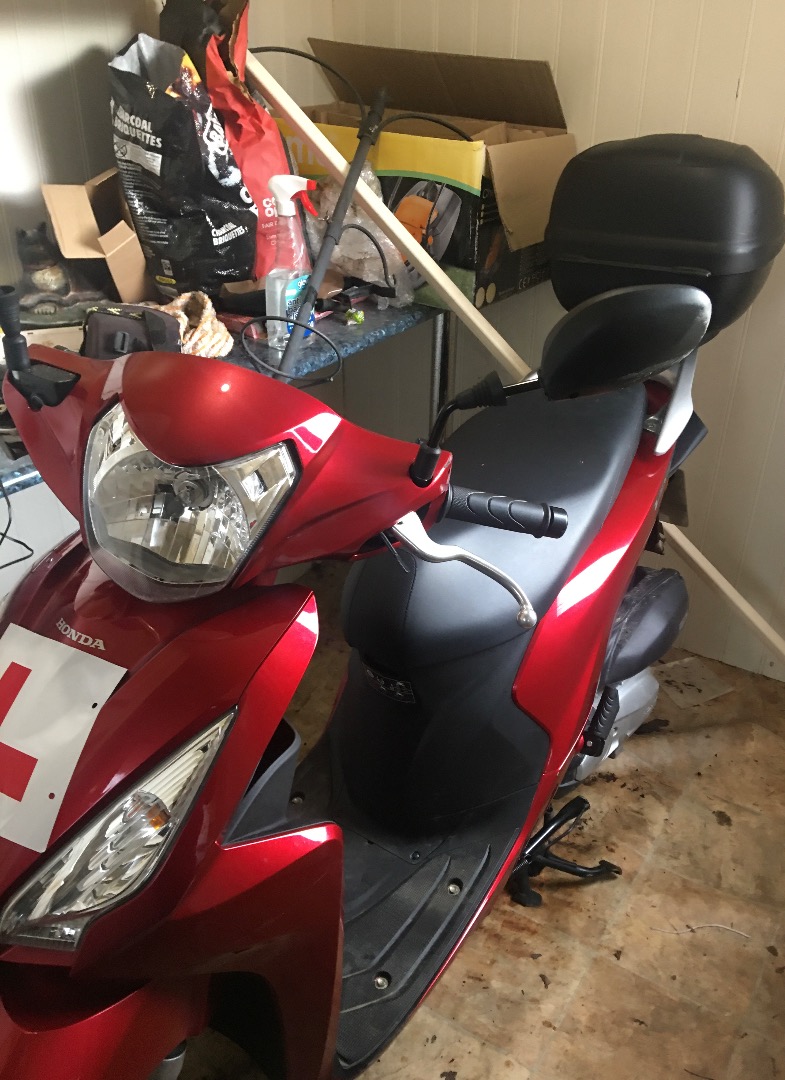 Honda Vision 108cc. Automatic. Has a loose right wing mirror. Will have scratching to left side, when I was kicked off of it. Scratching to wing mirrors and back box. Ground in scratches next to wing mirrors on frame. Has scratches to inside of front wheel metal wheel trim where bike lock has been used. L plates on front and smaller one on back mudguard. Paint scratch approx four inch on front metal mudguard. Had work items and accessories in back box. Locks and cover under seat. Orange material under seat from old cover. Screwdriver unused under the seat Black ESP writing at back side. Automatic twist and go. Scratching to where you put your feet. Has some light string on one of the footrests. Taken on Wrangbrook lane, South Elmsall on the 10 th of March 2022, by thief’s in a robbery, at 4.15 am. STILL MISSING £500 REWARD for it’s return ****If you know something, contact Wakefield Police stating the crime number. I’m an honest working man, who had this taken from me. Still missing keep your eye out around the areas local to South Elmsall especially.

Four balaclava youths, two on each bike. Kicked me off my bike as I left work. I was on a 108 cc, they had more powerful scooters. Took the bike when I had scraped along the curb and banged my head on it. Luckily I had a good helmet on. They took the bike down the lane that turns off from Wrangbrook to Upton.