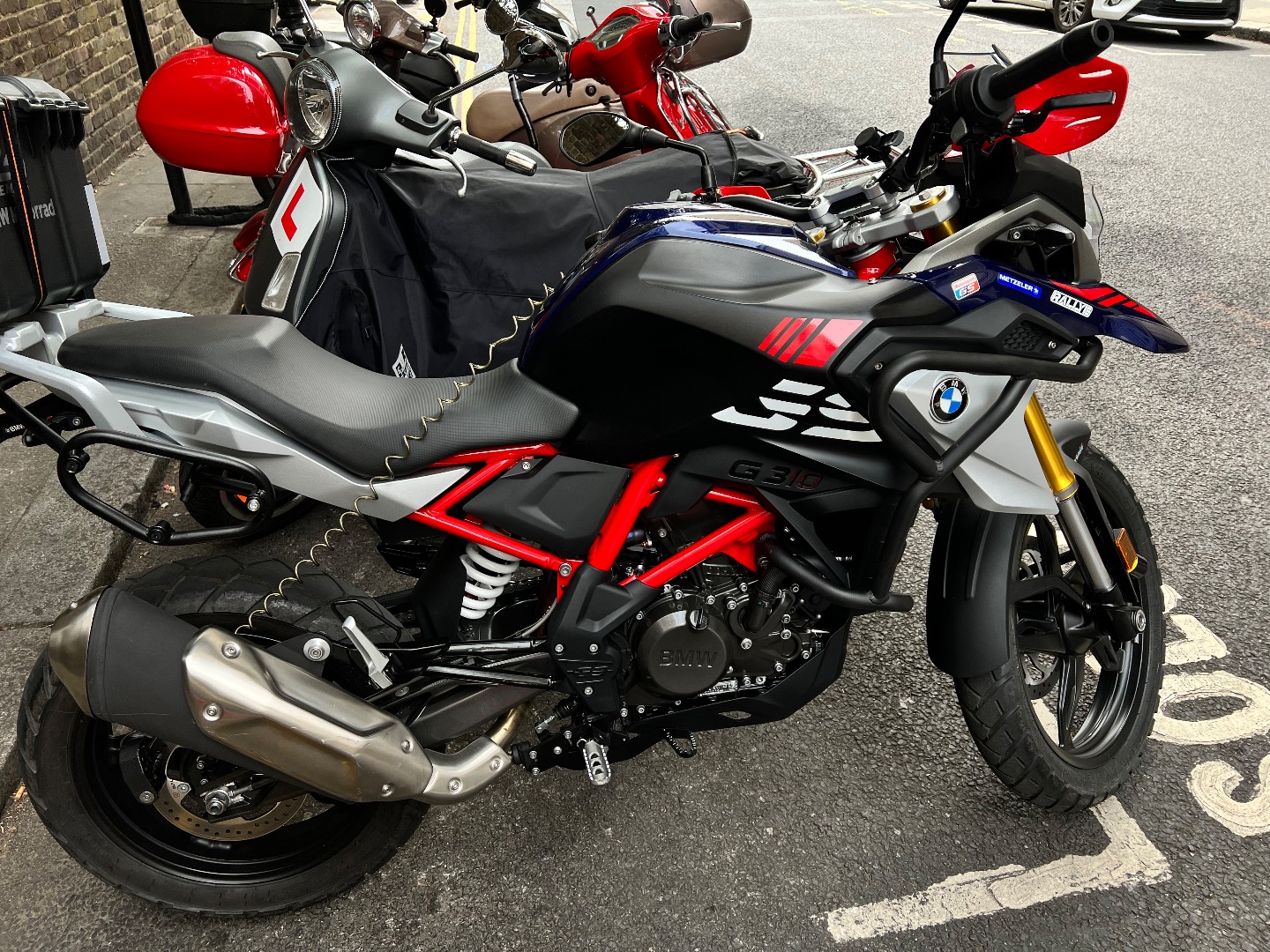 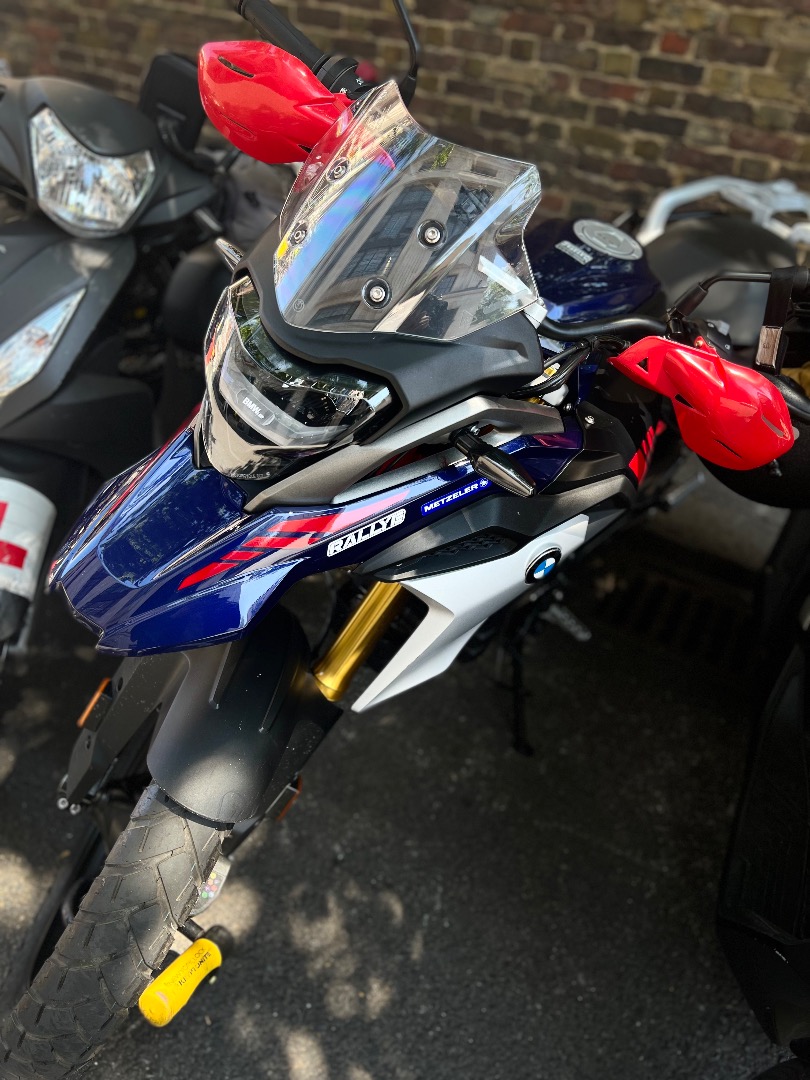 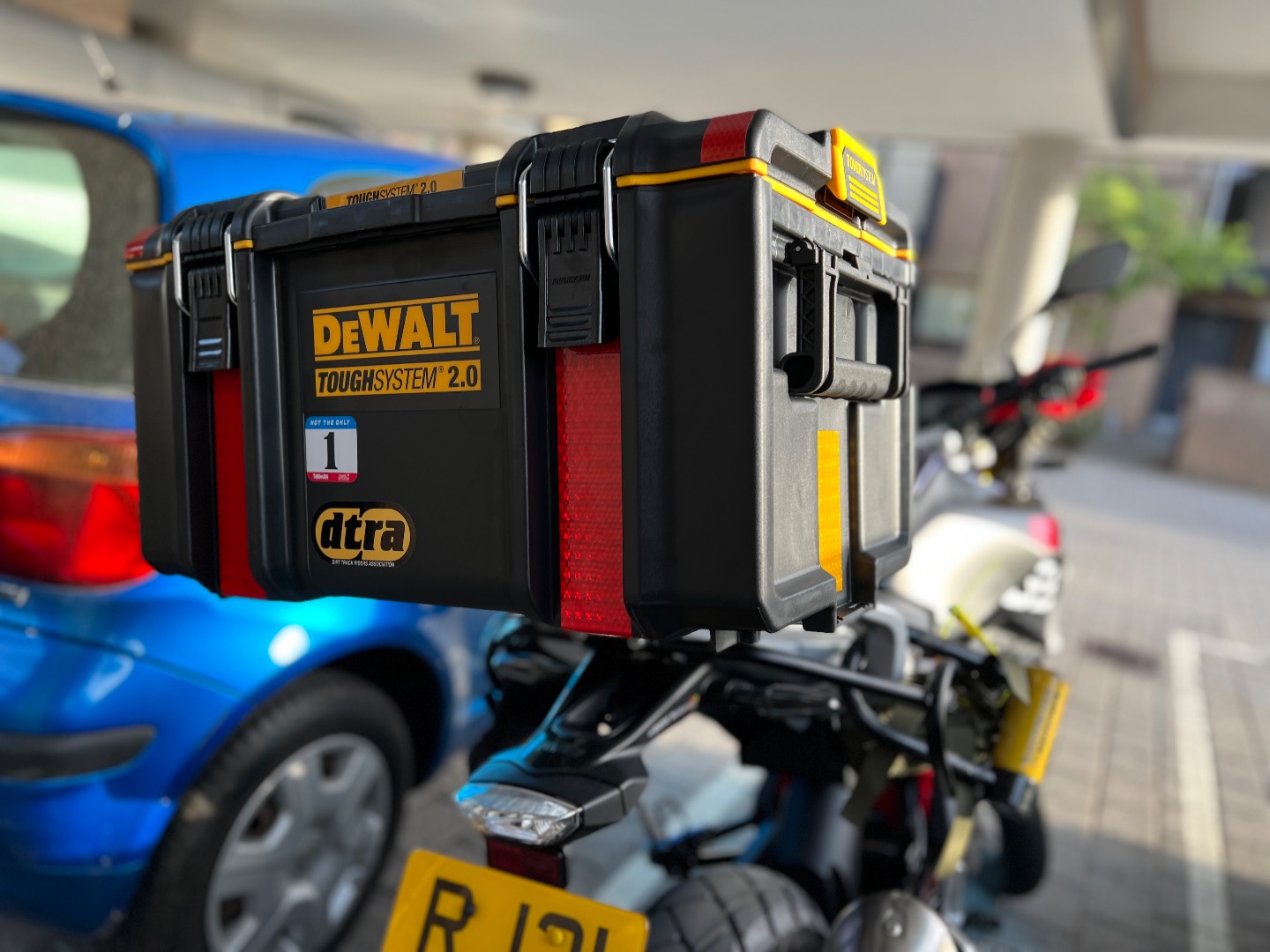 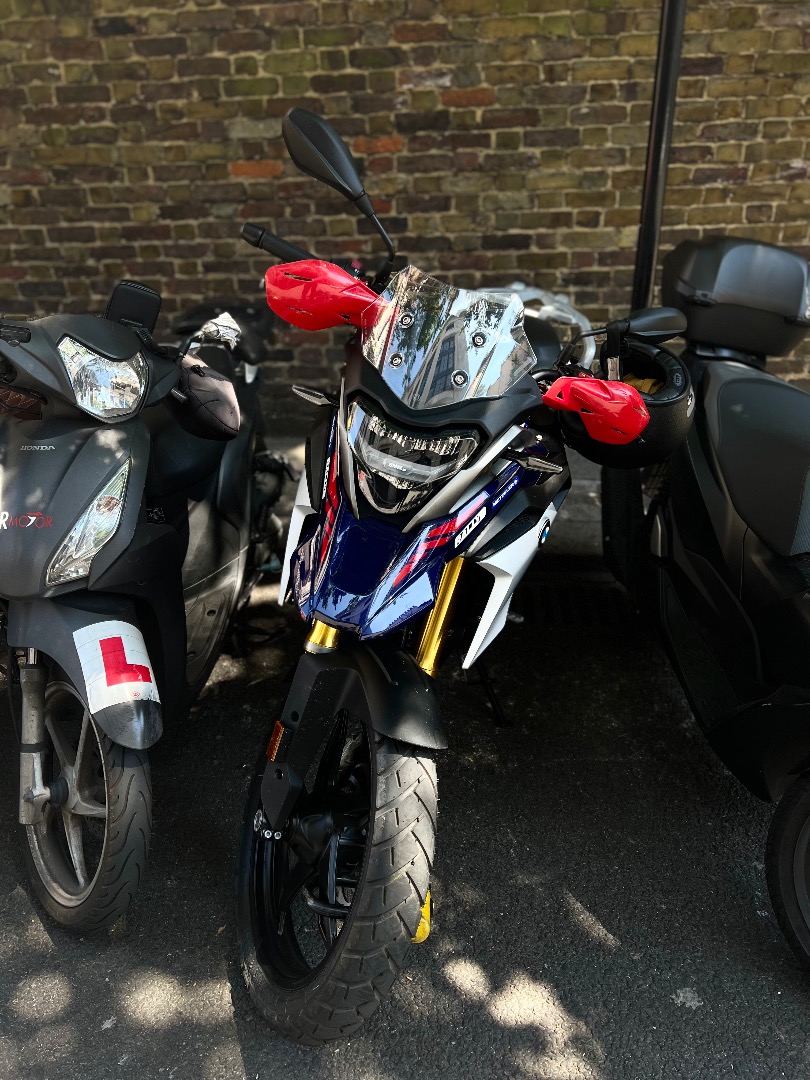 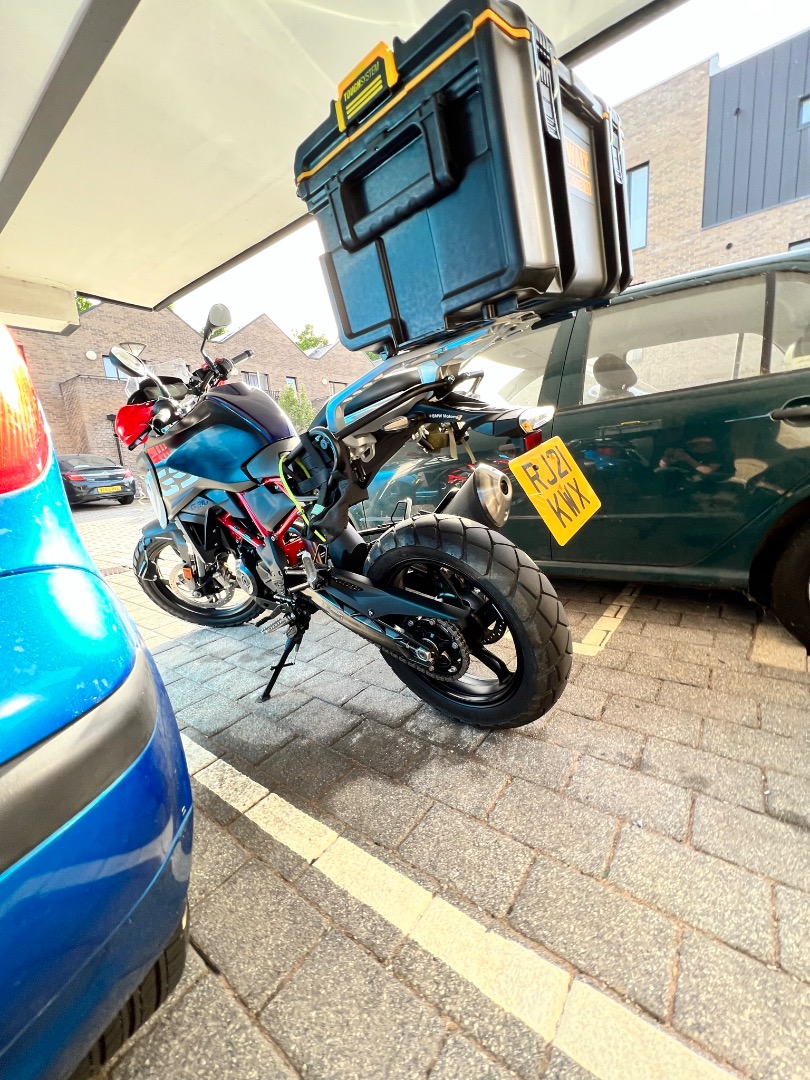 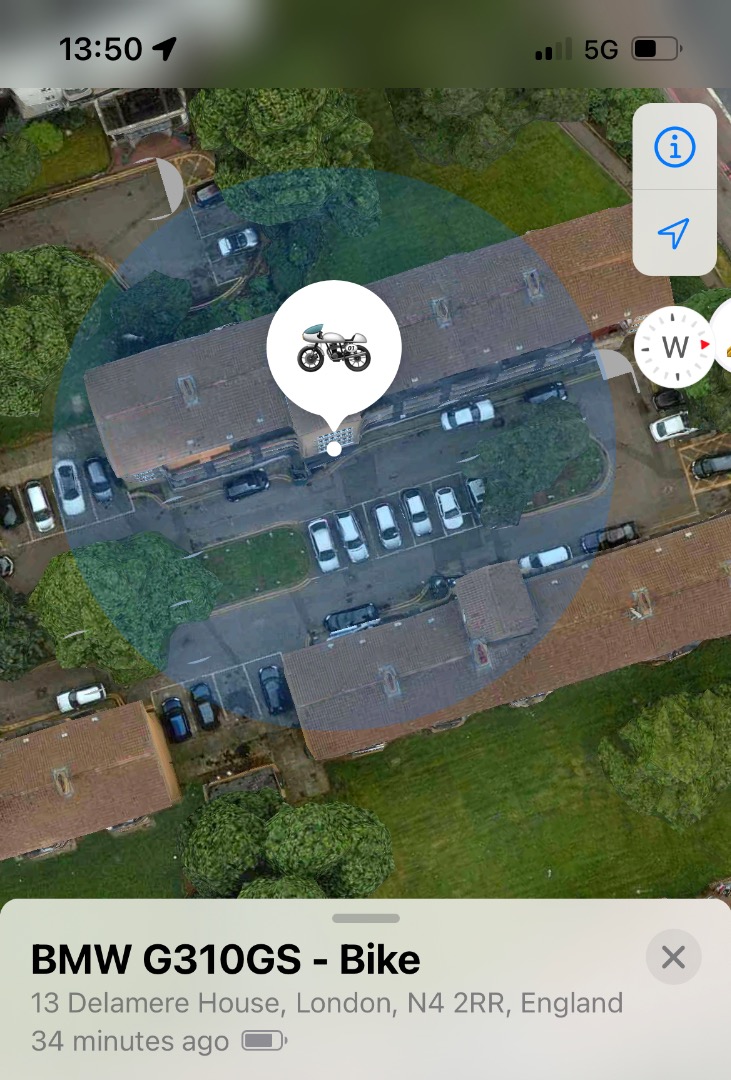 Like new BMW G310GS taken by three guys in a white van from East London. The bike was prepped for the touring - with tank and engine crash bars and SW luggage mounts. It also had a waterproof DeWalt toolbox fitted as a top case and a small molly bag attached to the left luggage mount. There was a scratch on the exhaust and the right brake lever had snapped end ball. While they tried to break the steering lock, they snapped one of the red plastic hand guards. The parts were marked with Datatag

Three guys pulled out in a van in early hours on a Sunday. They used an angle grinder to cut through the locks and wheeled it onto the van. Bike was taken to the Woodberry Down council estate in Manor Park and kept in Delamere House before the tracker was removed.